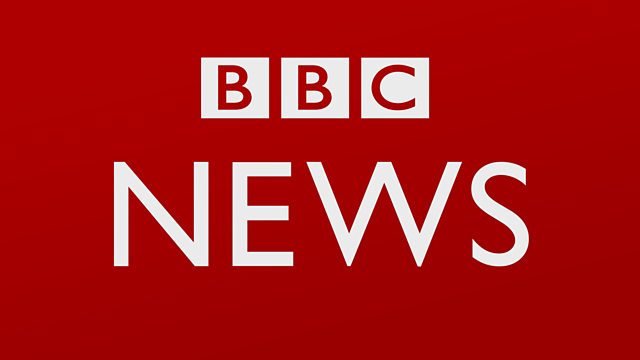 BBC News Channel is a Britain-based international television that broadcasts round the clock bulletins, weather and sport updates and a variety of content with global acceptance. Launched on Nov 9, 1997, as part of BBC’s campaign to step into digital domestic television scene, the broadcaster quickly became the competitor of Sky which was operating since 1989.

Watch BBC live stream for the latest UK and international 24-hour news and weather and sports updates, business reports, interviews, videos and rest. Stream may take a moment to load.

As a part of rebranding initiative, the network was renamed as BBC News in April 2008. Studios, presentation and complete news output were overhauled in the campaign costing £550,000.

The sibling BBC World would also become BBC World News and the rest of national news bulletins became BBC News at One, BBC News at Ten and BBC News at Six. Today the daily audience share of the channel is twice as much as that of Sky News. The international English news station is headquartered in Broadcasting House in the West End of London since 2013 and was named RTS News Channel of the Year in 2017.

BBC News 24 would originally reach audiences via digital terrestrial, cable and satellite television platforms and today the network and BBC Parliament are only channels available for cable analogue subscription. Introduction of digital television in UK was a groundbreaking development that shaped the viewership who were then allowed to receive the news channel via satellite and digital terrestrial subscriptions. In the early days it was not that easy to obtain a digital satellite or terrestrial receiver without subscribing to ONdigital or Sky but today the service covers a huge portion in the packages offered by Freesat and Freeview.

Prior to the launch of the BBC on Nov 9, 1997, the service operated its international sister BBC World for 2.5 years. Sky was all in all as a domestic news service and remained unchallenged for more than eight until the launch of the station. Owned by News Corporation the company used to fire its shots on British Broadcasting Corporation for expanding their news operations.

Sky as the only ruler in market filed a complaint against the service claiming that due to high costs only a small share of potential viewers can have the luxury to afford it. However, the hegemony of the Sky broke when European Commission in Sep 1999 ruled in favor of channel discrediting Sky’s view that publicly funded media was illegal as per European Union Law.

BBC News 24 became BBC News on April 21, 2008 following the introduction of creative futures plan given in 2006 to give all BBC outlets one identity and one name. As part of the rebranding BBC World News moved to the new set known as Studio N8 while channel (BBC News Channel) shifted to Studio N6 where it would share its place with BBC News at Ten and BBC at One while the rest of the bulletins were relocated to TC7.

BBC moved to newly built broadcasting house on March 18, 2013 to start with rejuvenate Presentation and on-screen graphics. Full HD studios and live newsroom backdrop were also waiting for the service.

In mid-2013 BBC announced that it would be launching BBC in high definition; the launch was expected by the start of 2014. The service is available on Freeview. The simulcasts of the High definition service are available on BBC Two HD and BBC One HD since March 2013. BBC HD officially launched on Dec 10, 2013 and extended across United Kingdom by June 2014.

BNC produces news both national and international through its rolling-day broadcasts which also include breaking stories, overnight news content and simulcast versions of BBC World News. Specialized Sports and weather updates and business programming also accompanies the hard news in the overall news output. Here are some of the notable programs hosted by the station.

BBC World is the International News bulletin with breaking stories from around the globe.

Click shares the information about up-to-date gadgets, IT hardware and latest technology news.

A bundle of weekly news reports compiled by the national and international correspondents of the service.

HARDtalk hosted by Stephen Sackur hosts interviews with the political personalities and newsmakers around the world.

The Travel show provides useful recreational info and Travelogues for the wanderers.

Hosted by Sally Bundock, the program consist of daily news, business and sports commentary and analysis.

Sport Today showcases the latest sport updates, scores and results from a variety of sports played around the globe.