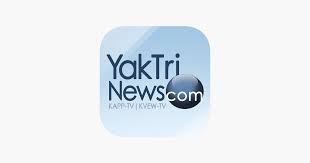 KAPP-TV launched on Sep 21, 1970 is a station owned by Morgan Murphy Media broadcasting in Yakima, Washington and affiliated with ABC. Its studios are located on North 4th Street in downtown Yakima and transmitter is installed on Ahtanum Ridge. KVEW is a semi-satellite of the service serving Tri-Cities. The transmitter rebroadcasts KAPP most of the day time but has its own legal ids, commercial inserts and website. Local news-bulletins are simulcasted on both channels. The master control and internal operations of the channel are shared with sister and fellow ABC affiliate KXLY-TV on West Boone Avenue in Spokane. It is available on DirecTV while KVEW is broadcasted by Dish Network. However, no one carries their sub-channel for MeTV.

Slogan: See the Difference Every Day

KIMA, a CBS affiliate before the launch of KAPP was a secondary ABC affiliate which it dropped when KNDO went on air in 1959. KNDO on Ch 23 became ABC ‘s affiliate in 1965 as KIMA changed its primary affiliation to NBC. KIMA and KNODO, both would share ABC’s content until KAPP was launched on Sep 21, 1970. The channel upon it launch became an exclusive ABC affiliate. Monday Night Football was the first ever program broadcasted by the service. It started airing KXMN-LD affiliated with MeTV in Sep 2006. The channel was one of the few stations that sign-off every night but the practice eventually ended in 2012 when World News Now was added to lineup.

It ended its weekend news-bulletins on Dec 22, 2008. 11pm news-bulletin was reduced to five-minute and was placed before Nightline. After carrying weather broadcasts of KXLY for several years, the channel has started to produce local weather reports as of 2016; Jason Valentine is the meteorologist. During evening bulletins while Kristen Walls hosts Good Morning Northwest bulletin. As of Sep 11, 2017, KAPP due to the cancellation of Extra and Insider has started producing local news at 6 for the first time in nearly 10 years. News, weather and sports updates, arts and lifestyle programming, events and more is available online. Follow the channel on Facebook, Twitter, Instagram and LinkedIn. Here is the website: https://www.yaktrinews.com