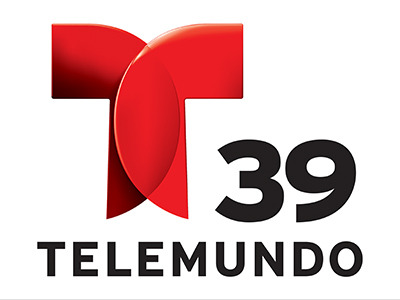 KXTX-TV launched on Feb 5 1968 is a Telemundo O&O channel broadcasting in Dallas-Fort Worth Metroplex. NBCUniversal through its NBC Owned Television Stations is the owner of the channel that shares duopoly with KXAS. It has studios at the CenterPort Business Park on Amon Carter Boulevard with transmitter installed south of Belt Line Road in Cedar Hill.

Watch KXTX stream live from Fort Worth, Texas for Spanish news and entertainment programs. Wait as the stream loads.

KXTX went on air as KDTV on Feb 5, 1968 under the ownership of Trigg-Vaugh. The construction permit was later acquired by Doubleday Broadcasting and the studios of the channel were relocated to Dallas on June 18, 1969. Ch 39 would broadcast from 3900 Harry Hines Boulevard in downtown Dallas. The channel was bought by Christian Broadcasting Network as the license was transferred to CBN on Nov 14, 1973.

KXTX under CBN began its journey as an independent station with mainly religious, some entertainment programs and off-network classics. Locally produced programs offered by the channel included Dona Hall, Reflect and Durline Dunham. It expanded its daily lineup to 20-hours by the end of 70s with 15 hours of entertainment content and reduced religious programs. LIN Broadcasting in 1993 took control of the operations in Spring 1993 under an LMA to provide KXTX the first-run syndicated content of KXAS, a LIN owned NBC affiliate in Fort Worth.

KXTX was purchased by Southwest Sports in 2000. Thomas O. Hicks the owner of Southwest Sports in July 2000 revealed its plans to sell KXTX to Pappas Telecasting but the sale fell through. KXTX on Jan 1, 2002 became part of the Telemundo. The analog signal of the channel was converted into digital one on June 12, 2009.

KXTX presently broadcasts 14.5 hours of locally produced news-bulletins with 2.5 hours on weekdays and 1 hours each on Sat and Sun. Acceso Total is a 30 min entertainment and lifestyle program produced by the station. Aired on Sunday mornings Enfoque T39 is another half-hour public affairs program. The channel increased its local output in the fall of 2011. It started airing local programs in HD on Sep 30, 2013. You can watch the Telemundo affiliate online for latest news, weather and sports updates, entertainment new, videos and other stuff online. Follow the Spanish channel on Facebook, Twitter, Instagram and YouTube. Here is the website: https://www.telemundodallas.com/