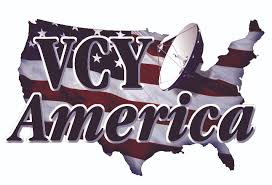 TV30 signed on air on Jan 11, 1983 is a station owned by VCY America, Inc. and operates in Wisconsin, US. The studios of the channel are maintained on West Vliet Street in Milwaukee with transmitter installed on East Capitol Drive; it shares the transmitter facilities with WITI broadcasting on Ch 6 and affiliated with Fox. It is available via cable subscription across southeastern Wisconsin.

Since the launch of the WVCY, the channel is operating as a Christian station. The founder of the service Vic Eliason, rejected CBS Corporations’ bid to acquire the station. CBS also contacted others including, WISN, WVTV, WCGV, WJJA and WTMJ and offered them affiliations but couldn’t succeed. WDJT-TV finally signed with CBS following WITI’s switch to Fox; WDJT was a low-profile independent service. WSCO was a former sister of WVCY that broadcasted in Green Bay; VCY sold the Suring-licensed service to Paxon Communications in 1997. A construction permit was acquired by VCY in 1980 for a would-be-sister: WVCX but the plans could not be materialized and the permit expired in 1985. W04CW was purchased by the VCY in 2008; the license of the repeater serving Wausau and Green Bay got cancelled on Feb 5, 2019.

Operating under a commercial license, the channel does not accept adverts and relies on donations. It like other religious services in the market does not host contemporary Christian music and televangelists content. It subsidizes FamilyNet programming since 2009. Weather programming, CrossTalk, news, weather updates and more is available online for viewers. You can find the independent religious station on Facebook, Instagram and Twitter. Here is the website:www.vcyamerica.org/tv30/

Here are some of the programs aired by WVCY: