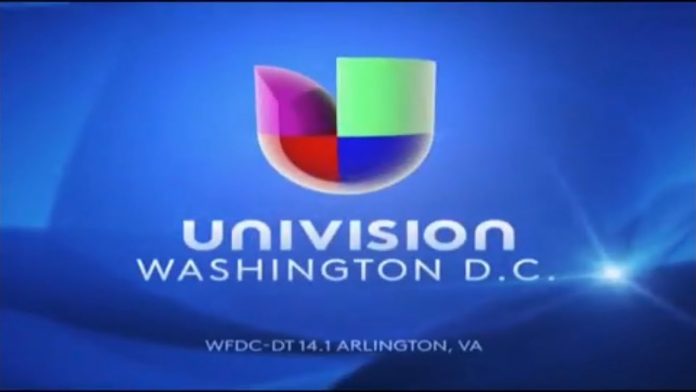 WFDC-DT is a Washington-based Spanish language station owned by Univision originally licensed to Arlington, Virginia. Entravision Communications operates the service through a local marketing making it a sister of SonLife affiliate WJAL and UniMás affiliate WMDO-CD operating in Silver Spring, Maryland and Washington, DC respectively. The studios of WMDO-CD and WFDC-DT are located on Constitution Avenue near the Capitol Building. The transmitter facilities of the Univision station are located in Tenleytown. It also serves as the flagship outlet for the Baltimore area. It is positioned on Ch 14 on most cable systems in Washington area.

Watch WFDC-DT live streaming from Washington, District of Columbia. Stream may take a moment to load

WOOK went on air on March 6, 1963 as first channel dedicated towards African-American population. Teenarama was the famed show produced by the channel at that time that featured big-names such as Marvin Gaye and James Brown. The calls were changed to WFAN-TV in 1969 and from 1968 to 1972, it served as a sister to Baltimore-based WMET under the ownership of United Broadcasting. Facing financial losses, the channel went off air on Feb 12, 1972.

However, the channel returned to airs with the launch of repeater W14AA in 1980; it relayed the signal of Central Virginia Educational Television Corporation. However, with the launch of Fairfax-based WNVC, the scope of W14AA reduced considerably.

The service was renamed as WTMW on Aug 3, 1993 and was relaunched on the same date. It aired content from America’s store (run by Home Shopping Network) between 1997 and 1999. WTMW then started sharing the content of Military Chanel in May 1999 which followed the programming of Panda Shopping Network a month later. In Dec 1999, it signed its affiliation with American Independent Network but turned its loyalties to Renaissance Network in Jan 2001. It was sold to Univision Communications in Nov 2001 as nothing helped the financially struggling service. The calls were changed to WFDC following the change in ownership. Univision already having WMDO-CA as its affiliate couldn’t offer much to its newly purchased asset which instead went on to sign an affiliation with TeleFutura which was established to directly compete with Telemundo. The network signed on air on Jan 14, 2002 to help Ch 14 make some recovery in financial terms. It swapped its Telefutura affiliation with WMDO to become an Univision affiliate on Jan 1, 2006.