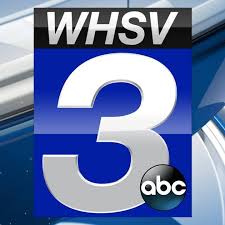 WHSV-TV is an ABC affiliate that launched in Oct 1953 and serves Harrisburg and Shenandoah Valley in Virginia. Gray Television is the owner of the ABC affiliate operating from its studios at 50 North Main Street in downtown Harrisonburg. It also owns a newsroom in Fishersville to broadcast news to Augusta County, Staunton and Waynesboro. The transmitter of the channel is installed at Elliott Knob.

Slogan: Working Hard For You

WHSV was launched on Oct 19, 1953 as WSVA and was owned by Frederick L. Allman company Shenandoah Valley Broadcasting Corporation. A Primary NBC and Secondary NBC affiliate, WSVA also carried DuMont network content. It was the only commercial channel between Roanoke and Richmond before WVIR was established in 1973.

The station was purchased by Washington Evening Star in 1959 and CBS affiliation was dropped in 1963. Star then released its asset to James Gilmore, Jr. in 1965. It became a CBS affiliate in 1968 under the ownership of Gilmore. WSVA adopted some of the NBC programs including morning show Today however, dropped int when Good Morning America was launched by ABC in 1975. NBC programs were dropped in 1975. It then served as secondary Fox affiliate from `1994 to 1996. Gray Television bought WSVA and other Bended stations when it declared bankruptcy in 2002. The call letters were changed to WHSV somewhere in 1976. WHSV-DT3 and WHST-DT4 are the sub-channels of WHSV-TV.

As an ABC affiliate it carries almost all of ABC network programming and newscasts. The Endzone, Sports X-tra, Light for Today, Virginia Dreams, Centerstage and Voice of the Valley are notable programs of WHSV-TV that are locally produced.