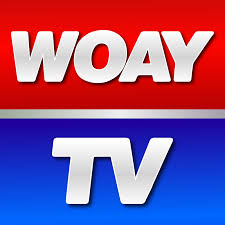 On Dec 14, 1954, WOAY-TV debuted on Ch 4 in southern West Virginia. The maiden commercial TV service in the area was launched by local businessman Robert R. Thomas Jr. who also owned WOAY 860 AM. It made its beginnings as a primary ABC affiliate but also had secondary linkage with DuMont Television Network which it lost in 1956. The primary affiliation was switched to CBS in 1959 as ABC was downgraded to secondary.  Ch 4 became a fulltime ABC affiliate in Feb 1967 and dropped most of its CBS programs including CBS Evening News. Captain Kangaroo, a CBS series also initially continued to air before it got dropped in 1975 when AM America forerunner of Good Morning America premiered. On Sep 30, 1977, the studios, offices and transmitter and control room were rebuilt after the facilities were hit by a fire in 1977. It soon returned on air within two weeks after the fire.

After the death of original owner and founder Robert R. Thomas Jr. in July 1977, ownership was transferred to his heirs including wife and five children. Robert R. Thomas III after the death of his father took over the charge of President of the assets and overlooked WOAY-TV operations until his death in Nov 2016. The family already exited it out of the radio broadcasting in 1990 however, couldn’t successfully release WOAY-TV following a failed sale to Withers Broadcasting Companies which held CBS affiliated WDTV in Bridgeport. WOAY-TV performed flash cut in June 2009 and rebranded its self as WOAY Television. After a technical revamp in 2009, it became the first station in West Virginia to broadcast in HD. Local news, weather, sports updates, community events, current weather conditions, Stormwatch Radar, Closings and Delays, crime watch and more is available online. Follow WOAY on Facebook, Twitter, YouTube and Instagram. Here is the website: https://woay.tv/