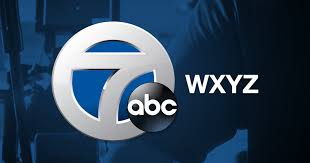 WXYZ is an ABC affiliate owned by E. W. Scripps Company airing in Detroit, Michigan. It shares duopoly with WMYD linked with MyNetwork and the two sisters are located at Broadcast House on 10 Mile Road in Southfield. Comcast Xfinity and AT&T U-verse are the cable carriers that broadcast it in Oakland County and Detroit while Cogeco throws the channel in Windsor, Ontario.

WXYZ went on air on Oct 9, 1948 and initially broadcasted 10.5 hour of programs as the second TV in Michigan and Detroit after the launch of WWJ (now WDIV) and 15 days before the establishment of WJBK on channel 2. It was also third of ABC’s 5 original O&O services that went on air in Lo Angeles NY City, and San Francisco. The television station was launched after the name of its radio sister WXYZ 1270 AM which aired the programs like The Green Hornet and The Lone Ranger. The original studios of the channel were in Maccabees Building on Woodward Avenue in midtown Detroit. It started airing popular entertainment programs in 1950 and was the second most watched TV in US by 1978. Jeanne Findlater in 1979 became the first woman GM of the channel and a major US television market. Cancom System was carrying the channel in 1983.

W. Scripps emerged as the new owner of the channel in Feb 1986. When WJBK dropped CBS in 1994, the network offered WXYZ to join it and part ways with ABC, however, Scripps rejected the bid made by CBS and ultimately went for a 10-year deal with ABC. It became first channel in Detroit to offer over the air digital signal via UHF Ch 41 on Sep 29, 1998. WXYZ shut down its analog signal on June 12, 2009 however, its digital signal would air on pre-transition UHF Ch 41 slot. Scripps signed Bounce TV as its new affiliate on July 12, 2012.

Syndicated programs broadcasted by the channel include The Kelly Clarkson Show, RightThisMinute, The Doctors and others. It currently hosts 40 hours of news each week with 6.5 hours each weekday, 4 hours on Sat and 3.5 hours on Sun. You can watch the channel online and follow it on Facebook, YouTube and Twitter. Here is the website: http://www.wxyz.com/