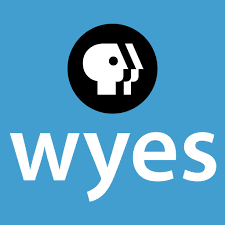 WYES-TV owned by Public Broadcasting Service is a New Orleans station broadcasting from Navarre Avenue in the city’s Navarre neighborhood with a transmitter installed on Magistrate Street in Chalmette. Cox Communications is the cable carrier which broadcasts it in both SD and HD feeds on Ch 12. The only independently owned public TV in Louisiana is available in Biloxi and Gulfport, Mississippi.

WYES parent Greater New Orleans Educational Television Association was established in 1953 by a group of community leaders. They were successful in obtaining VHF Ch 8 allocation from FCC for a non-profit commercial station in New Orleans market. The channel after some struggle signed on air on April 1, 1957 as the 12th educational television station in US, second in Louisiana and was also the third television station in New Orleans. KLSE was the first education station in the state of Louisiana but remained short-lived as it was closed in 1964. After the closure of KLSE, WYES became the only educational broadcaster in the state and enjoyed the status until WLPB-TV linked with Louisiana Public Broadcasting hit the waves in Sep 1975. It was originally a National Educational Television service and became part of PBS following it launch.

WYES exchanged it broadcasting slot with ABC linked WVUE on June 8, 1975 and moved to Ch 12. The move was made to provide WVUE with an interference-free signal in the presence of WJTV affiliated with CBS and broadcasting in Jackson, Mississippi. Informed Services launched in 1984 and still running today is the new analysis show produced at the station. It replaced City Desk which was carried from 1971 to 1978.

The studios of WYES located in Navarre neighborhood were severely hit by Hurricane Katrina due to the levee failures keeping it off air for around 4 months. It dropped its analog signal in favor of the digital broadcasts on June 12, 2009. Audiences can watch PBS affiliate online for educational, news, entertainment and kids programming and follow it on Facebook, Twitter, YouTube and Instagram. Here is the website: https://www.wyes.org/