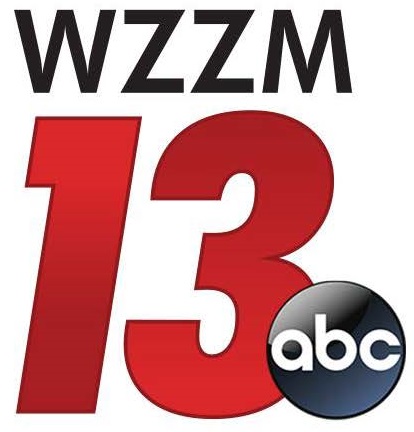 WZZM launched on Nov 1, 1962 is an ABC affiliate operating in Grand Rapids, Michigan. Owned by Tegna, Inc. the channel has its studios on 3 Mile Road NW in Walker while transmitter is fixed in Grant, Michigan. The channel has been available in Southwest Michigan since April 2009. Its transmitter is set up 40 miles north other stations in Grand Rapids market while its over the air signal propagates in tower other major markets.

West Michigan on 1961 was successful in obtaining a construction permit for VHF Ch 9. FCC however, later on revised the allocations and changed the position to Ch 13 while also changing its city of license from Cadillac to Grand Rap9ids. As a result of the shuffle WWTV was required to relocate to Ch 9 and abandon ch 13. WZZM hit the waves on Nov 1, 1962 and just 20 minutes later went silent because of a tube failure in its transmitter. Its initial broadcasts included This Morning with Bed Lindeman, The Bozo Show and Shirley’s Show. Following the cha swap with WWTV, the station was now short-spaced with WSPD-TV in Toledo, Ohio.

The transmitters were built 40 miles farther north than other West Michigan stations to cover the lapse created by the shuffle. Because of that WZZM’s broadcasts reached sparsely in Battle Creek, Kalamazoo and Southwestern Michigan and the audiences have to rely on WSJV in Elkhart, Indiana. In the next year, WZZM became a force to be reckon with in Grand Rapids market and garnered high ratings. Michigan Telecasters in 1978 released the channel Wometco Enterprises which in turn sold it to Kohlberg Kravis Roberts in 1985. In 1986 Price Communications bought KKR. WZZM was acquired by NorthStar Television in 1989.

Radical changes were made in 1990’s with the purchase of new vehicles, digitalization of media, a brand-new radar receiver, purchase of new weather cameras and more. The morning newscast of the WZZM moved to first place in Sep 2006. It aired its first local programs in HD on Sep 14, 2006. Three websites of the channel were co-developed in 2007. Upon the split of the Gannet into two divisions it moved under Tegna, Inc.

Apart from clearing ABC’s content syndicated programs broadcasted by the channel include Hot Bench, Judge Judy, Daily Blast Live, Sister Circle, Entertainment Tonight and others. At present, WZZM produced 34.5 hours of locally produced news-bulletins with 5.5 hours on weekdays and 3 hours each on Sat and Sun. Here is the website: www.wzzm13.com