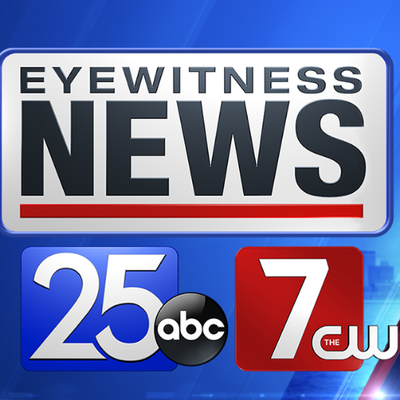 WEHT owned by Nexstar Media Group is the ABC-affiliate active in Evansville, Indiana. The channel broadcasts from its studios on Marywood Drive in Henderson Kentucky to serve Tri-State area of southwestern Indiana, northwestern Kentucky and southwestern Illinois. It is a sister to WTVW which is owned by Mission Broadcasting and operated by Nexstar via an SSA: Shared Service agreement. The two siblings are headquartered at the same place. WEHT is carried by Charter Spectrum in HD and SD on ch 11. WOW! also carries the service on ch 11 and ch 811 in SD and HD respectively.

Watch WEHT online stream from Evansville, Indiana to get latest news updates and local programs. Stream may take a moment to load.

WEHT first aired on Sep 27, 1953 as Tri-Sate area’s first television channel. It would broadcast UHF ch 50 as a primary CBS affiliate having secondary ties with ABC. Although licensed to Evansville, the studios of the channel are located across Ohio River since its onset. Malco Theater Corporation of Memphis is the founder and first owner of the ABC affiliate. It dropped ABC programming after WTVW hit the market in Aug 1956. In 1956, Cincinnati meatpacker Henry S. Hilberg acquired the channel from Malco.

Gilmore Broadcasting emerged as the new owner of the station in 1964. It activated its new transmitter tower in Sep 1966 and moved to a stronger position at ch 25. The shift to channel 25 increased the reach of the channel to 250,000 households in the area. Petracom Broadcasting in 1995 purchased WTVW and quickly linked it with ABC which gave WEVV, originally a Fox affiliate, a space to move to CBS network.

WEHT was released by Gilmore to Nexstar Broadcasting. The deal included the selling of WTVW by Nexstar to Mission Broadcasting with WEHT taking over the operations of the channel as a senior partner through an SSA and JSA. The deal was approved by FCC on Oct 12, 2011 and concluded on Dec 1, 2011. Nexstar on June 15, 2016 signed affiliations with Escape, Grit, Bounce TV, Katz Broadcasting and Laff.

WEHT, a part from clearing the content of its primary affiliate broadcasts a number of syndicated programs which most notably include Live with Kelly and Ryan, The Rachael Ray Show and Family Feud. Other programs produced by the channel include Tamron Hall, Judge Mathis, Law & Order, It Takes a Killer, Corrupt Crimes, Criminal Minds, The View, Home Improvement, According to Jim, The Bionic Woman, Bulletproof, The FBI Files and Hot Bench.  News, weather and sports updates, community news, lifestyle programming, contests and more can be watched online. Find the television on Facebook, YouTube and Twitter. Here is the website: https://www.tristatehomepage.com/