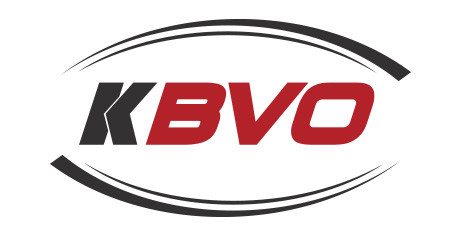 KBVO is a MyNetworkTV affiliate broadcasting in Austin, Texas and is licensed to Llano. The channel launched on Sep 6, 1991 is owned by Nexstar Media Group and shares duopoly with KXAN and KNVA under Local Management Agreement. The studios of the trio are located on West Martin Luther King. Jr. Boulevard and San Gabriel Street. Transmitter of the channel in located in the unincorporated Llano County.

Watch KBVO-TV live streaming from Austin, Texas to get latest news, weather and sports updates. Wait as the stream loads.

The signal of the service is rebroadcasted via an LP, Class A repeater KBVO-CD in Austin via a transmitter installed at the West Austin Antenna Farm on Mount Larson. It is available on cable via Charter Spectrum, Grande Communications, AT&T U-Verse, Suddenlink and Google Fiber.
Read More

Llano Broadcasting Co. on Nov 5, 1985 contacted FCC for a construction permit and license for the commercial UHF channel 14. The owner of the company A.W. Mousund was able to acquire the license for KNLO on July 10, 1986. The challenge put by KTBC forced the station to increase its transmitting power in 1973. The poor signal of the channel in the rugged landscape of the area was also a big problem. It then sketched a plan to tackle the coverage problem by launching a network of UHF repeaters to help the area with weak, fair and no reception. Consequently, five LP repeaters were launched in the areas of Burnet, Blanco, Llano and San Marcos. KNLO was then acquired by LIN Broadcasting through its subsidiary Kingstip Communications Inc. on Dec 6, 1990.

It under the new owner first launched as a semi-satellite of KXAN on Sep 6, 1991 and on Oct 14 1991 became KXAM-TV. On Aug 3, 2009 the channel changed its callsign to KBVO and was named after the University of Texas’s mascot Bevo. It was then branded a MyAustinTV. Media General purchased the service on Dec 12, 2014 and the deal concluded on Dec 19, 2014. The ERP of KBVO-CD was boosted to 15,000 watts. Cancelling its deal with Meredith Corporation, Media General sold its stations to Nexstar Broadcasting Group; the transfer consummated on Jan 17, 2017.

In addition to clearing MyNetwork programs, the syndicated programs broadcasted by the channel include Justice for All with Judge Cristina, Judge Mathis, Chicago P.D. The Doctors, Police Patrol, Family Guy and Mike Molly. You can watch news, weather and sports updates, investigations, Studio 512 and traffic reports. Here is the website: https://www.kxan.com/kbvo/