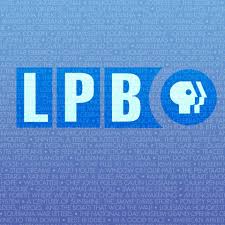 KLPA-TV owned by Louisiana Educational Television Authority and launched on Sep 6, 1975 is a PBS member station managed by Louisiana Educational Television Authority and broadcasts from Louisiana Public Broadcasting studios located on Perkins Road in Baton Rouge. The network is available across the most parts of the state outside Greater New Orleans. WYES-TV in the only PBS affiliate in the market but has no link with LPB, a non-commercial independent service. WLAE is the other PBS affiliate serving the Louisiana and broadcasts news and public affairs programming as its main content.

On March 1, 1957 with the launch of KLSE, Louisiana became one of the first states in Deep South to own an educational television of its own. In 1964, the channel went off air and for the next 11 years New Orleans was the only area in state with clear NET signal carried by WYES-TV. It had signed one month after KLSE dropped its signal but had separate ownership. As a result of Woodward efforts, on Sep 6, 1975 WLPB-TV signed on air in Baton Rouge which followed the launch of five more stations to extend LPB signal to portions of Arkansas, Mississippi and Texas. KLTM signed on air in Sep 1976 followed by the launch of KLTS in Shreveport in Aug 1978.  And then KLTL and KLPA in 1981 and 1983 respectively. In 2001, Louisiana Public Broadcasting launched cable-only service for Kids on Ch 11 in Baton Rouge.

The programs broadcasted by LPB include The State We’re In, Evangeline, A Taste of Louisiana, Newsmakers, Louisiana Legends, Press Club, In the Blind, Good Gumbo and others. Watch news, educational programs, kids programming, E-News and more online. Find KLPA-TV on Facebook, Twitter, Instagram and YouTube. Here is the website: https://www.lpb.org/