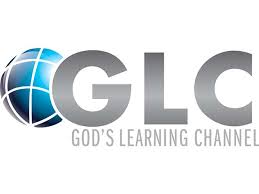 KMLM-DT launched on Oct 18, 1988 is a religious television channel owned by Prime Time Christian Broadcasting and is linked with God’s Learning Channel. It has its headquarters located in Odessa while transmitter is installed near Gardendale. KPCB-DT serves as broadcast relay station of the television in Snyder with a transmitter set up in north of the city. KPTA-LP, KWGD, KPDN, K25GO, K64EC and K50ED are the former satellites of the Christian television service.

Programs aired by the channel include Shepherd’s Heart, Church of the way Humberto Porras, Restore Zion Yohannan Salamanca, Ignite Your Light, A Promise of Things to Come FFOZ, The Isiah Project Rev Johnson, Hidden in the Hebrew with Uri Harel, Way of the Master Ray Comfort, Cowgirl Logic Crystal Lyons, You can watch GLC online and connect with the service via YouTube, Facebook and SoundCloud. Here is the website: https://glc.us.com/