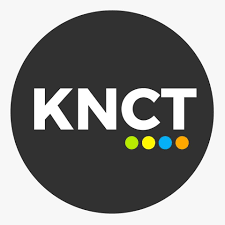 KNCT launched on Nov 23, 1970 is a CW affiliate broadcasting in Belton, TX and serving Waco-Killeen-Temple market. Gray Television is the owner of the television that shares duopoly with KWTX linked with CBS. It also serves as a sister to Bryan CBS channel KBTX, a semi-rebroadcaster of KWTX. The two sisters KWTX and KNCT have studios located on American Plaza in Waco and have transmitter installed near Moody, Texas. It does not have its own site and thus uses that of its sister KWTX. The channel is branded as CW 12 Until Aug 31, 2018, it served as a PBS member for the Waco market under the ownership of Central Texas College while stationed at CTC campus in Killeen.

KNCT went on air in Nov 1970 as the only PBS station available in the western portion of the market with eastern portion served by Texas A&M’s KAMU-TV which was launched in Feb 1970. IT built an LP translator in Waco because the main KNCT signal would hardly reach in Waco. The channel became a full-fledge independent station by 1989. Due to budgetary issues and financial mismanagement the channel on Aug 31, 2018 went silent. The Central Texas College Board on Aug 28, 2018 decided to sell the broadcast license to Gray Television which would then be able to create a duopoly with KWTX. Federal Communications Commission approved the deal on Dec 12, 2018 and the transfer consummated on Dec 17 2018.

When KNCT dropped Public Broadcasting Service content three days after the sale, KAMU became the only PBS affiliate serving in Waco-Temple-Bryan market. On Dec 31, 2018, Gray requested FCC to move its transmitter outside Moody, TX and on Jan 2, 2019 it resumed the operations of the former campus television. It completed analog to digital conversion on June 12, 2009. You can watch KNCT online for latest news, weather and sports updates, features, videos and more. Follow KNCT on Facebook, Twitter and YouTube. Here is the website: https://www.kwtx.com/cw12tv/