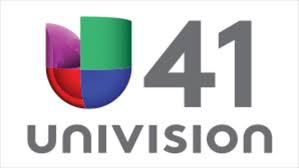 KWEX-DT launched on June 10, 1955 is an Univision affiliated Spanish language news station active in San Antonio, TX. It creates duopoly with UniMás linked KNIC-DT. The two channels are located on Network Boulevard in Northwest San Antonio. It has a secondary studio at the Texas A&M—San Antonio Educational and Cultural Arts Center on South Santa Rosa in downtown San Antonio. The transmitter is fixed off Route 181 in northwest Wilson County. It is carried on channel 8 on most of the cable systems.

KWEX hit the waves on June 10, 1955 as KCOR-TV; it already had a radio sister operating with the same name: KCOR 1350 AM. It was first Spanish-language commercial station in United States as well as the first station airing in South Texas on UHF band. Its original studios were located on Network Boulevard on city’s northwest side. The calls were changed to KUAL-TV in 1961 and then KXEX-TV (the present name) in 1962 when it also became the charter affiliate of Spanish International Network (the forerunner of Univision). It penned a three year lease agreement with Texas A&M University-San Antonio to use their educational and cultural arts center which expired in Aug 2012.

The new facility of the KWEX was inaugurated on Feb 18, 2014. The Spanish language service turned digital on June 12, 2009. It presently broadcasts 7 hours of locally produced news-bulletins with 1 hour each on weekdays Sat and Sun. Despierta San Antonio and Despierta America are the notable programs of the Univision affiliate. You can watch Univision 41 online and follow it on Facebook, YouTube, Instagram and Twitter. Here is the website: https://www.univision.com/local/san-antonio-kwex