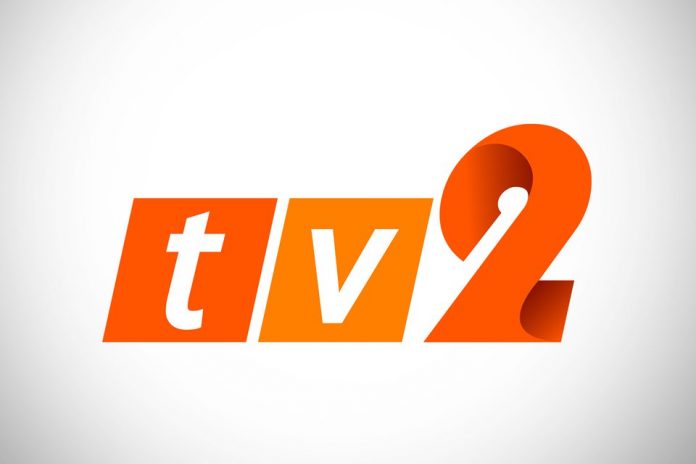 RTM TV2 is a Malaysian free-to-air TV station launched on Nov 17, 1969 and owned by Radio Television Malaysia or Radio Televisyen Malaysia which is a state-owned public broadcaster, the first in the country. Headquartered in Angkasapuri, Kuala Lumpur, the sibling stations of the TV2 include TV1, 1 News, TV Okey and RTM HD Sports.

Watch RTM TV2: Channel 102 online stream from Kuala Lumpur, Malaysia to get latest news in Malay, Mandarin and Tamil. You can also enjoy your favorite dramas, reality shows and other entertainment programs. Stream may take a moment to load.

Dunia Ria (Happy World) is the slogan of the station.

RTM TV2 started its broadcasts on Nov 17, 1969 following the bifurcation of Televisyen Malaysia (Now TV1) into two channels. The Public media hosts local and international entertainment programming including films, drama series, Reality shows and seasons. Censor is imposed straightaway on violence and nudity as RTM comes under the direct domain of Malaysian government.

It used to be RTM’s only English channel before Aug 2004 and had calls: “The Golden Channel”. Because of the demand in Malay-market which RTM observed in 1994, the station began broadcasting in Malay by introducing “Berita Tengah Malam” (Midnight News, in Malay) on Dec 27, 1994 but the bulletin was transferred to TV1 in the early months of 1996. Only Mandarin, Tamil and English news were left for TV2.

Nevertheless Malay made a return to the channel and more content for Children on weekends was launched in 1996 followed by primetime dramas in Sep 1996 which were hosted immediately after the English news bulletin: News On Two. A consistent addition of Malay programming including Kids programs and dramas was made before the eventual restructuring of RTM TV in 2003. The News program was moved to TV1 and premiered there in Sep 2003. Apart from that all sort of Mandarin and English stuff including current affairs, religious programming, documentaries and dramas were shifted to TV1. Only News in Mandarin and Tamil were excluded from the lists and remained at TV2 to be aired in primetime slots. Though the restructuring was short lived but selective programs remained on TV1 until 2007. The slogan of the TV2 was changed from English to Malay in 2004; Saluran Famili Anda was the newly adopted catchphrase.

Since April 3, 2006, TV2 is a 24-hours station and its sibling TV1 took six more years to follow the suit who began to broadcast 24×7 on Aug 1, 2012. On Jan 1, 2009, following a new wave of revamp under then Information minister Dato’ Ahmad Shabery Cheek, the slogan was changed to Dunia Ria: Happy World.

Today TV2 shares the space with TV1, TVi and other radio stations from their joint headquarters in Angkasapuri, Kula Lumpur. It uses VHF band III however, also uses UHF to broadcast in some parts of Malaysia. Apart from mainland Malaysia, TV2 is also available in Singapore, Southern Thailand, Indonesia, Philippines, Mindanao, Brunei Darussalam and other neighboring areas via terrestrial spillover. It is the only free-to-air channel in Malaysia that produces content dedicated to Hindi and Tamil audiences (Indian Diaspora) in Malaysia. Berita Tamil is the daily news bulletin in Tamil.

Mobile audiences can use the following link: www.myklik.rtm.gov.my/live/TV2