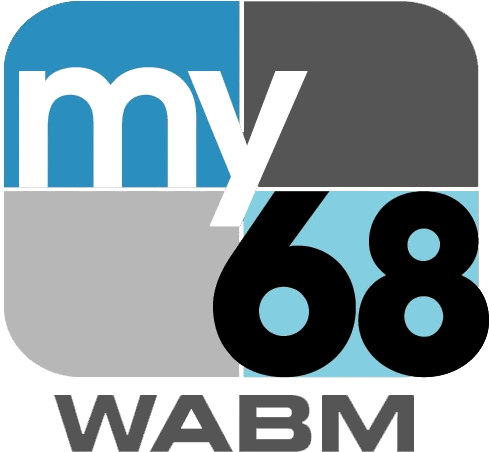 WABM launched on Jan 31 1986 is a station operating in Birmingham, AL and is owned by Sinclair Broadcast Group. Affiliated with MyNetworkTV the station is branded as My68 and is a sibling of WMBA-LD and WTTO. WTTP and WBMA are affiliates of CW and ABC respectively. The studios of the siblings sharing triopoly are located under one roof at the Riverchase office park on Concourse Parkway in Hoover. The transmitter facility of WABM is maintained at the American General Candelabra tower in Southwestern Birmingham. AT&T U-verse, Charter Spectrum and Comcast Xfinity are the cable carriers of the channel.

Watch WABM: My68 stream live from Birmingham, Alabama for the latest breaking news, weather and sports updates. Stream may take a moment to load.

Here is the alternate streaming link, if stream is not running properly!

WABM went on air as WCAJ on Jan 31 1986 and originally broadcasted religious content. Catholic programming borrowed from Eternal Word Television Network were the programs introduced by the upstart station in the beginning. It would also air programming produced by Southern Baptist Convention station American Christian Television System. Drama, Comedy and Western programming were included in the initial lineups of WCAJ. The studios at that time were located at Samford University.

Following the launch of WTJP-TV by TBN in July 1986, the channel faced a significant decline in its viewership as a religious service. It became a fulltime Christian broadcaster at the start of 1987 however, started adding some home shopping content and infomercials by the fall. A select religious programming would still feature but in another move in 1990, the home shopping content and infomercials were taken off to give space to the religious programming once again.

Krypton Broadcasting in 1990 became the owner of WCAJ and the call were changed to WABM. Under the new ownership, independent general entertainment content was introduced in Jan 1991 and there came the dramas, movies and westerns. In the beginning WABM would face some competition from WDBB, (a fox affiliate at that time) WTTO and WNAL but eventually redeemed itself. Krypton released WABM to a locally based group in 1993, the owners of which immediately singed a LMA with Abry asset WTTO-TV. Though having different schedules under the Local Marketing Agreement, both would share select programming. It started carrying syndicated content from Prime Time Entertainment Network in Sep 1993. Sinclair Broadcast Group upon the acquisition of WABM in 1994 took over the rights to the Local Marketing Agreement.

Affiliation with UPN and MyNetworkTV

WABM became a Charter affiliate of UPN on Jan 16, 1995, however, it still maintained its status as an independent station with only airing some of the prime time content produced by United Paramount Network on evenings of Monday and Tuesday. It disaffiliated with UPN for a brief period of time in March 1998 before rejoining the Network.

On Sep 5, 2006, WABM became a MyNetworkTV affiliate following an agreement between the news owner Sinclair and Fox Entertainment Group.

WABM broadcasts local national and international news, sports programming (College Sporting events), weather updates, trending and entertaining stuff and community content. A part from clearing MyNetworkTV programs, the syndicated programming aired by the network includes Who Wants to Be a Millionaire, Family Feud, Maury, Cheaters, Jerry Springer and How I Met Your Mother. Audiences can watch the Birmingham based station online and get connected with it using Facebook and Twitter. Here is the website: www.wabm68.com/