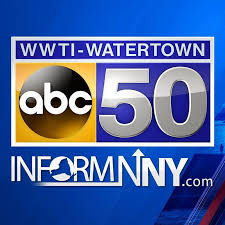 WWTI (Channel 50) is an ABC affiliated channel, based in Watertown, New York. The studios located at Stateway Plaza and Nexstar Media group owned it. WWTI (Channel 50) founded in and first air show aired 33 years ago on 1 February 1985. The call letter meaning of the station is “Wonderful Watertown/ Thousand Island”. WWTI channel is now working as a semi-satellite station of WSYR-TV (Channel 9) in Syracuse.

The online streaming of WWTI (Channel 50) is available on the following link.

WWTI channel 50 started with call letters WJCK on 1 February 1985. At this time, it affiliated with NBC and Fox. After WWNY-TV and WPBS, it was the third outlet in Watertown, United States. The channel was made the second repeater in and out Watertown. On 8 August 1986, the call letters were changed to WFYF but, still affiliated with NBC and remained till 1995. The affiliation of the channel also shared with Fox which ended in 2000. At this time, the channel owned by several ownership investors such as Steven Fox, Richard Kimbell, David James. The current call letter WWTI was adopted on 14 September 1990 when sold to Robert Smith of Smith Broadcasting. In 2000, WWTI (Channel 50) purchased by The Ackerley Group. WWTI gave access to CW programming to non-cable viewers. Clear channel signed an agreement with Newport Television on 20 April 2007. But Newport Television sold out their twelve stations Nexstar Broadcasting Group on 19 July 2012.

WWTI (Channel 50) offers WSYR’s newscasts and air programming. Some other programs also air on WWTI which only seen on WSYR. The internal operations and master control operation of WWTI and WSYR’s studios based in East Syracuse. The most famous programming of WWTI (Channel 50) is The Big Bang Theory, Judge Judy, Dr. Phil, and the Doctors etc.

The View is a talk show hosted by Barbara Walters. In this talk show, hot topics discuss from sociopolitical to entertainment news.

Grey’s Anatomy is a medical drama serial and focuses on young doctors and their career facilities.