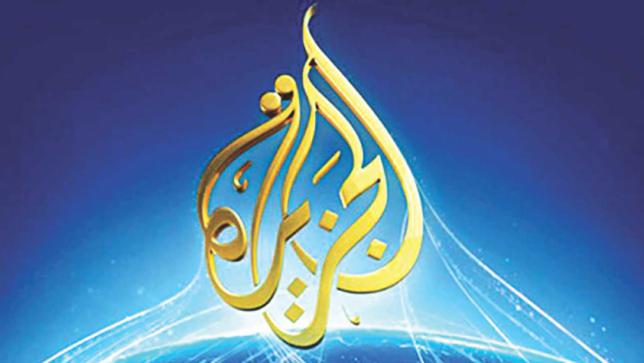 Al Jazeera Arabic aka Jazeera Satellite Channel is a stated-funded Qatari broadcaster owned and operated by Al Jazeera Media Network. Since its launch as an Arabic language news station, AJA has grown into a station with multiple outlets and is today connected with the whole world via internet and specialty TV stations.

With 80 news bureaus in different parts of the world, Al Jazeera is one of major stake holders in global news market and unarguably the unparalleled in Middle-east. The War in Afghanistan was a watershed event for the station as it lifted its status from a newbie to an established station in the global media. The network was the only station to cover the new great game live from Afghanistan. Moreover, propagation of the unorthodox rhetoric by introducing call-in shows and through other stuff was another factor that created a stir in the domestic Arab audiences.

Watch Al Jazeera Arabic online stream from Doha, Qatar. Get the latest breaking and live world news on your devices. Wait as the stream loads.

AJ Media Network comes directly under the Qatari government or Sheikh Tamim bin Hamad Al Thani, though the Network always claims its editorial independence from the state influence and is of the view that funding in the form of grants and loans is not directly linked with the government. Al Jazeera is considered by some as a Sunni narrative-builder in the region and biased to Shia interests in the area but the network has always strongly negated the claim. Covering all sides is what Al Jazeera claims to be doing citing that it has always included every view, be it Iran, Israel or even OBL.

In June 2017, a trio consisted of Kingdom of Saudi Arabia, Egypt and Qatar demanded the complete shutdown of the news outlet as a part of their 13 point agenda following an imposition of boycott on the resource rich Gulf state.

As much as the channel is accused of bringing the Islamist perspectives and a tilt towards Muslim Brotherhood, AJ is considered as a moderate network in the Arab World which presents a balance Eastern and Western approach towards the never ending global conflicts between the two poles.

Upon the closure of BBC’s Arabic service – a JV between Orbit Communications Company and BBC – on Nov 1, 1996, Al Jazeera Satellite Channel signed on air. A grant of USD 137m was released by Emir of Qatar, Sheikh Hamid bin Khalifa to get the newly established station running as per the notes from Hugh Miles book Al Jazeera: The Inside Story of the Arab News Channel That is Challenging the West. Shares of the network were acquired by private owners as well as Qatari government.

Upon its launch, Jazeera Satellite Channel (now Al Jazeera Arabic) would produce 6 hours of daily content before incrementing it to 12 hours one year later. A free to air channel in the Arab World through terrestrial signal, cable and satellite, the service didn’t allow satellite dishes until 2001. It used Arabsat for its transmission in the region as it was the only available option at the time of AJ’s launch.

Launched for the promotion of dissident views, the network soon began to face the music for its views that shattered the conservative segments in the Middle-east. The airing of Hebrew speech and programs that it took it too far like The Opposite Direction prompted an outrage for the service. Neighboring governments were quick to lodge complains against the voice of devil and resulted in censors being placed on the Qatari station. In 1991, Algerian state allegedly cut the power to break Jazeera Satellite Channel’s reception in its number of cities only to shut its one broadcast. A cold media war also break out between Saudi Arabia and Qatar as, the former put pressure on the advertisers in the country to ditch the channel.

During the 1998 bombing of Iraq: Operation Desert Fox, AJ Arabic was the only international network with correspondents on ground to cover the newly waged war by America.

AJ Arabic on Jan 1, 1999 produced its first round the clock broadcast. Also employees reaching as much as 500 were increased to 3x in one year. Annual budget was set to be $25m and bureaus were opened in EU nations and as far as Russia.

The operation to hunt Osama bin Laden and chase Taliban down from the mountains following Sep 11, 2001 attacks was a highlighted event in the history of Al Jazeera as it stated to cover the whole rampage by airing the clips highly prized by Western media. It produced the tapes of OBL and Talibans from unknown places in the region. The network was criticized for the footages however, responding to the situation, the Arabic station cited that the content was newsworthy because the channel has a mainly Arab audience. AJ opened its bureau in Kabul after getting prominence however, the Kabul office was destroyed in a US bombing in 2001.

Al Jazeera Arabic, present in the Saddam-run country since 1997, again became a focal point for the international networks and viewers as US and its allies bombed the nation for much desired Weapons of Mass Destruction.

The demand to Qatar for the closure of AJA and its affiliate stations in order to restore the diplomatic relations with Saudi Arabia et al. was never met and the countries collectively cut ties with the Thani-run state to build more pressure. The other demands included closure of Turkish military base and limiting ties with Iranian regime.

Al Jazeera is available in Europe, Northern Africa, Middle East, Canada, India, UK and US via different Satellite, Cable and IPTV subscriptions. The network can be find on YouTube, Facebook and other social media platforms. You can also watch AJA on the official website of the service. Here is the website: www.aljazeera.net