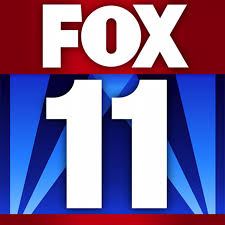 Fox 11 established in 1946 is a Fox O&O station located in Los Angeles, CA. Studios are located in Fox Television Center where it also shares with the sibling KCOP-TV. The transmitter of KTTV is located atop Mt. Wilson. DirecTV users can receive the station in some areas where over-the-air signal of the Channel 11 is unavailable.

KTTV’s establishment dates back to Dec 1946, when Times-Mirror Company received the license of the station by FCC. It was one of the five licenses auctioned by the commission in order to allow the launch commercial television stations in LA. CBS in 1948, acquired 49% interest in the TV and also contributed towards the completion of construction of facilities, KTTV signed on air on Jan 1, 1949 officially under the joint-ownership of Times/CBS holding company.

The operations were moved to Sunset Boulevard in Hollywood in May 1950 following the purchase of Nassour Studios. CBS in 1950 acquired KTSL and later renamed it as KNXT (now KCBS) but had to divest its stake in KTTV as per rules set by Federal Communications Commission. This left space open for Los Angeles Times to acquire full stake in KTTV on Jan 1, 1951. KTTV then became an affiliate of DuMont Television Network.

DuMont in 1954 started to share its programming with KHJ-TV leaving KTTV as an independent service.

As a Fox O&O Entity

News Corporation owned by Rupert Murdoch acquired the interest in KTTV and other Metromedia channels in 1986. Metromedia stations were later transferred to Fox Broadcasting Company which was launched on Oct 9, 1986. Under the new ownership, KTTV would introduce more syndicated talk and reality shows, additional Kids content/cartoons and other stuff including court shows. In 1996, the channel shifted its studios to a new facility near the Fox Network headquarters. A new website was launched by KTTV on May 16,, 2006.

KTTV currently hosts 49 hours of locally produced newscasts each week which is the second largest output of news by any station in LA market. The name of 5pm newscast became Fox 11 5:00 News on April 28, 2016. The 30 min newscast at 10am was rescinded in Sep 2018. Good Day L.A. expanded from 7am to 10am (previously 4:30am) on Dec 10, 2018. Headline News, (local, national and international) weather and sports updates, entertainment, trending stuff features, podcasts and more is produced by the LA Fox-affiliate. It also shares syndicated programs notably The Wendy Williams Show and The Dr. Oz Show.

In Search of Santa

Are You Smarter Than a 5th Grader?

The Greatest Story Ever Told

The Trouble with Angles