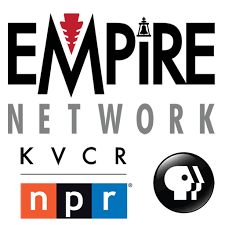 KVCR launched on Sep 11, 1962 is a station licensed to San Bernardino and owned by San Bernardino Community College District. KVCR 91.9 FM is the radio sibling. The studios are maintained at the College Campus on North Mt. Vernon Avenue while transmitter is installed at Box Springs Mountain.

KVCR-TV traces its history back to Sep 11, 1962 when it became the maiden UHF television service in in Inland Empire community. It was also first non-commercial public television station based in Southern California that set up before KCET, KPBS, KOCE and KLCS while also coming as 3rd in the entire state as only San Francisco-based KQED and Sacramento-based KIVE preceded it.

The original location of the transmitter of the KVCR was at San Bernardino Valley College Campus which is still home to studios of channel 24 however, the transmitter was relocated to Box Springs Mountain. The higher location allowed increased ERP and signal coverage. Both television and its radio sister went off air in summers of 2005 and 2006 due to transmitter failures.

Keith Birkfeld was named as Interim GM at KVCR in Oct 2017 and around the same time was rebranded as Empire Network PBS as a part of revamp effort after is transition to digital transmission. An award-winning digital campaign would bring the new Slogan: Bold. Diverse. Forward. reflecting the courage, honesty, diversity and freedom aimed by the campus station.

KVCR-DT switched from Analog to digital signal on June 12, 2009 and is still carried on its pre-transition dial: UHF Ch 26.