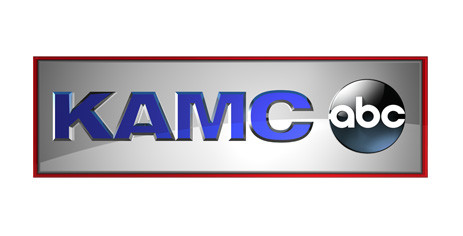 KAMC owned by Mission Broadcasting is an ABC affiliate operating in Lubbock. Launched on Nov 11, 1968, the channel is operated by Nexstar Media Group under an LMA which in turn creates a duopoly with the Nexstar-owned CBS affiliate KLBK. The two outlets have studios and transmitter located on University Avenue in Lubbock. Suddenlink is the cable carrier of KAMC which broadcasts it on Ch 8 in the main Lubbock area while Ch 3 can be used for the surrounding areas.

KAMC opened its broadcasts as KSEL-TV in the fall of 1968 as an independent service. It soon picked up some ABC content previously shared between KLBK and KCBD. KSEL maintained the primary affiliate status for few months before eventually becoming primary ABC affiliate exclusively in the area of Lubbock in the fall of 1969. In 1975 the callsign was changed to KMCC but became KAMC in 1979. The calls: KMCC were then for a short period used by a satellite of KAMC in Clovis, NM on Ch 12 before moving to an unrelated station in Laughlin, Nevada.

A satellite KFDW was launched in 1979 under McAlisters. It for most part of 70s and during all of the 80s used Action News branding for its news-bulletins. News 28 branding was introduced in Sep 1991 and the channel used it until 1997. Mission Broadcasting became the new owner of the KAMC in 2003 and thereafter entered local marketing agreement with Nexstar which operates the station presently. Under the new ownership, it also moved its operations to a new facility which it would share with the already existing KLBK. Analog signal was shut down and replaced by the digital one on Feb 17, 2009 in a US wide digital transition mandated by Federal Communications Commission.

Syndicated programs carried by the channel include Live with Kelly and Ryan, Entertainment Tonight, Rachel Ray and Dr. Phil. In July 2013, the station began to broadcast HD news-bulletins in Lubbock. Audiences can watch Lubbock news online with weather and sports, updates, contests, weekly features and other stuff. Find KAMC on Facebook, Instagram, YouTube and Twitter. Here is the website: https://www.everythinglubbock.com/