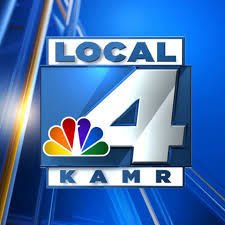 KAMR-TV launched on March 18, 1953 is an NBC affiliate broadcasting in Amarillo, Texas. Owned by Nexstar Media Group, the sisters of the channel include KCIT and KCPN-LP; Nexstar operates the two service through joint sales and SSA as both the channels are owned by Mission Broadcasting. The three sisters share facilities on Southeast 11th Avenue and South Filmore Street in downtown Amarillo while transmitters are located on Dumas Drive and Reclamation Plan Road in unincorporated Potter County. Suddenlink Communications carries KAMR on channel 5 in Amarillo. It is also available on channel 4 on other systems in the neighboring areas of Amarillo market.

Plains Radio Broadcasting Company applied to FCC for a construction permit and license for a commercial station on Sep 5, 1951. The group also owned KGNC 710 AM and Amarillo Global-News. The license and permit were approved on Oct 8, 1953 and was assigned KGNC as its calls. It went on air on March 18, 1953 as first television in the Amarillo followed by the launch of KFDA-TV on April 4, 1954. It would sell KGNC to Stauffer Communications on Oct 8, 1966 which released it to Cannan Communications in Oct 1973. The calls were changed to KAMR-TV on Nov 5, 1974. The station was purchased by Quorum Broadcasting on Jan 5, 1999. The Boston-based communications signed a three stations acquisition deal with Cannan for USD 64m. On the next day on Jan 6, 1999, Mission Broadcasting purchased KCPN-LP and KCIT. Qurorum acquired the duo on June 1, 1999 under joint sale and SSA agreements it made with Mission. Nexstar Broadcasting Group on Sep 8, 2000 revealed its plans to acquire 10 of the Quorum Broadcasting assets including KAMR-TV; the sale consummated on Dec 31, 2000. As a result of power outage, KAMR, KCPN and KCIT went silent for over 18 hours. The three stations were still available on Suddenlink Communications through direct fiber transmission. KAMR-DT2, DT-3, and DT-4 are the digital sub-channels of the service. It switched to digital transmission on June 12, 2009 and remained on pre-transition UHF slot. KAMR started broadcasting in HD on May 22, 2017.

KAMR presently hosts 16 hours of locally produced news-bulletins with three hours on weekdays and half-hour each on Sat and Sun. It also sources KCIT linked with Fox, for 3.5 hours of locally produced news. Syndicated programming cleared by the channel includes The Dr. Oz. Show, AgDay, Rachel Ray, Entertainment Tonight and The 700 Club. You can watch news videos and community updates online and follow it on Facebook, Twitter, YouTube and Instagram. Here is the website: https://www.myhighplains.com/