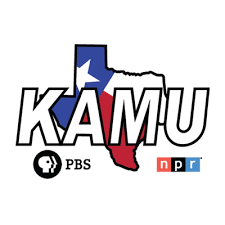 KAMU-TV owned by Texas A&M University and launched on Feb 15, 1970 is a PBS affiliate College station television that also serves Waco, Killleen, Temple and others areas of Texas. The studios of the channel are located at the Moor Communications Center while its transmitter is installed at Hensel park near university Campus. It broadcasts as the only Public Broadcasting Service channel in Waco-Temple-Bryan area.

Watch KAMU-TV streaming online from Waco, Texas for latest news and educational programs. Stream may take a moment to load.

The channel signed on air on Feb 15, 1970 and was originally available on channel 15 as the first educational television in the area of central Texas. KAMU originally used UHF channel 15 slot and was the first educational TV in central Texas. It was the first channel to start HD broadcasts on April 1, 2003. It offered the first live High definition broadcast in the area on April 22, 2004. Meet the Candidates 2004 was the first program to be offered in HD. Following the closure of KNCT in the aftermath of a decision by its board of trustees on Feb 27, 2018 because of financial troubles, KAMU was left as the only Public Broadcasting Service station in the market. Some cable systems in the western side of the three-city-market decided to bring KRLU from Austin to fill the void. It completed the digital transition on June 12, 2009

The programs offered by KAMU-TV include Between the Lines, Brazos Valley Magazine, Meet the Candidates, My Kind of Art, Veterans of the Valley, The Bookmark, Texas Parks & Wildlife and others. You can watch KAMU and listen to PBS radio online, support the service, get updates with events and news and increase your learning by reaching the website of the station. Here is the website: www.kamutvfm.org/