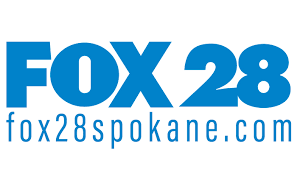 KAYU-TV is a Fox affiliated channel broadcasting in Spokane and Coeur d’Alene, Idaho. Owned by Mountain Broadcasting, LLC, the service is a division of Northwest Broadcasting. The studios of the channel are located on South Regal Street in Spokane with transmitter installed on Krell Hill southeast of Spokane.

KAYU established in 1982 by Robert Hamacher though his company: Salmon River Communications. It was area’s maiden independent service and first commercial signing in the area after KREM. The oldest non-Big Three service in the eastern area of state however, it signed affiliation with Fox in 1986. It launched it two satellites on Oct 1, 1989 namely K53CY in Yakima and K66BW in Tri-Cities. Both broadcasted most of KAYU’s content with local commercials and only skipped a few select programs. K68EB was launched in 1993 to replace K53CY. It also operated a semi-satellite service: KCWT in Wenatchee which went down in 1990. Salmon River Communications released KAYU along with its satellites to Northwest Broadcasting in 1995. Both KBU and KCYU remained satellites of KAYU until the launch of KFFX in 1999, they went under the umbrella of KFFX when it signed on from Pendleton, Oregon. The sale of Northwest Media Broadcasting sale as of Feb 2019 is pending to Apollo Global Management which would also buy Cox Media Group. Once the sale completes, it would become a sister of CBS’ Seattle station KIRO-TV.

The syndicated programs broadcasted by the channel include The Big Bang Theory, The Doctors, The Goldbergs, Steve, and Family Feud It presently airs 12 hours of locally produced newscast with 2.5 hours on weekday and 1.5 hours on weekends. A 10pm news-bulletin produced by NBC linked KHQ-TV is also shared by the channel on Saturday and Sunday evenings. A Half-hour show: Washington’s Most Wanted is also part of the lineup; the program is hosted and produced by KCPQ. You can watch Fox 28 online for latest news, weather and sports updates, contests, community events, features and more. You can find the channel on Facebook and Twitter. Here is the website: https://fox28spokane.com/