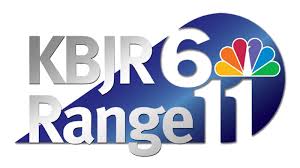 KBJR-TV owned by Quincy Media is a CBS and NBHC affiliate that serves Superior, WI northeastern Minnesota including Duluth and northwestern Wisconsin. Channel 6 broadcasts in HD on UHF Ch 19 via a transmitter installed west of downtown Duluth in Hilltop Park. KBJR shares duopoly with KDLH and two others located on South Lake Avenue in Canal Park. It operates a semi-satellite KRII in Hibbing in order to serve the norther pockets of market including Grand Rapids, International Falls and Iron Range. The transmitter of the semi-satellite is located in Linden Grove Township while the MC and internal operations are being carried from KBJR’s studios in Duluth. The CBS 3, a second digital sub-channel serves as a CBS affiliate in Duluth. KDLH was also operated by the channel previously through an SSA.

KBJR 6 was launched as WDSM-TV on March 1, 1954 and was owned by Ridder Newspapers which also owned Duluth Herald and the radio sister WDSM-AM 710. It in Oct 1955 swapped affiliation with KDAL to turn into an NBC affiliate. Color broadcasts began in Nov 1965. Meanwhile it also shares some of ABC programming before WDIO became network’s affiliate in 1966. Following the merger of Ridder and Knight Ridder in 1974, the channel was spun off to RJR Communications in the fall of 1974. The calls were changed to KBJR on Dec 6, 1974 however, it didn’t change its studios in Duluth. Granite Broadcasting became the new owner in Oct 1988. The studios were hit by a fire in Dec 1997 putting channel off air temporarily. The news operations were moved to PBS member: WDSE two day later while business and sales operations were shifted to Downton Duluth. An Ice storm then severely damaged the transmitter of the channel in April 1999. The transmitter facilities and Master Control were temporarily shifted to a makeshift location. The channel moved to a its current space in June 1999 in Canal Park.

KDLH was acquired by Malara Broadcast Group in March 2005; the company outsource most of its operations to KBJR. It was purchased by Quincy on Nov 2, 2015. On Aug 1, 2016 CBS 3 Sub-channel for Duluth was launched.