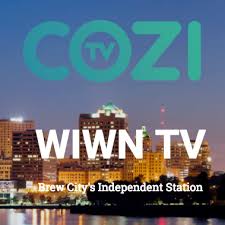 WIWN-TV established in 2000 is a US-based station operating in Fond du Lac, WI. It carries NBCUniversal’s Cozi TV on its primary sub-channel while also affiliated with QVC2, Quest, This TV, Light TV and Sonlife. WMKE-CD operating on Ch 21 in Milwaukee is the sister of WIWN and the duo is owned by CNZ Communications. The studios of the channel are located on West Stratton Drive in suburban New Berlin with transmitter located on North Humboldt Boulevard. Officially linked to Green Bay-Appleton media market, the channel serves Milwaukee area.

WIWN hit the waves in 2000 as WMMF-TV and was linked with FamilyNet. Originally owned by Pappas Telecasting, the transmitter of the service was located on north of Iron Ridge in Dodge County which it shared with WWRS-TV. It was the second channel licensed to Fond du Lac after the non-affiliated KFIZ which remained active between 1968 and 1972. The calls were changed to WWAZ in the later months of 2004. It signed affiliation with Azteca before splitting with it to join TuVision in result of a conflict in July 2007. Pappas facing financial crisis filed for Chapter 11 bankruptcy in Jan 2008. WIWN was formally relaunched on Aug 13, 2012 in HD after a hiatus of four years. It got its first cable carriage in April 2014. On Dec 5, 2014 WIWN was added by Time Warner Cable on their systems on Ch 68 in standard feed and on Ch 1068 in HD. It started broadcasting Sonlife Broadcasting Network on Dec 1, 2014. Cozi TV was picked for broadcasts on June 22, 2017. On Sep 1, 2017, Light TV was activated on DT2 sub-channel. Cozi TV can be watched online with news and entertainment programming. Follow the station on Facebook and Twitter. Here is the website: https://www.wiwn.tv