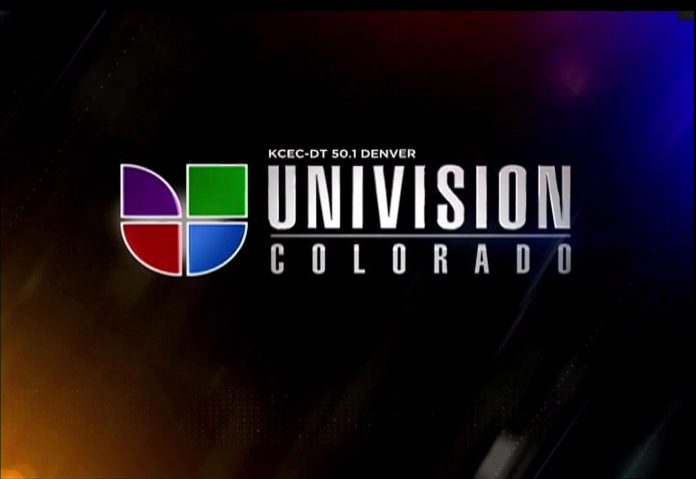 KCEC-TV owned by Univision Communications is a Denver-based station active since Oct 1990. The channel is owned through Univision Local Media, a division of Univision Communications. Entravision Communications operates the service through a LMA from its studios which is also a home to KTFD affiliated with UniMás. The studios are located on Mile High Stadium West Circle in Denver while transmitter is setup on Mount Morrison in western Jefferson County. Comcast Xfinity and CenturyLink are the prime cable carriers of the Spanish language broadcaster.

KCEC went on air as KSHP on Oct 18, 1990 and was registered under new calls; KCEC on July 16, 1991. It like other Entravision owned or operated or both stations have unique reach in the market. As per the stats provided by BizJournals.com, it targets about 92% of Denver’s Hispanic audiences which is a real treat for the advertisers out there as this counts for no less than 33% of Denver’s total population.

The website of the service: www.somosnoticiascolorado.com developed in 2008 is one of the most browsed site and receives a considerable amount of traffic from the area. It features latest local news stories and promotions from the area. In 2012 evening newscasts broke into the site and were live streamed for the Hispanic audiences in the market. To spread public awareness about obesity in the state, the channel supporting a statewide campaign against obesity by Colorado Health Foundation launched Encrucijada: Sin Salud, no hay Nada in 2009; a second series on the issue made into the airs in 2011.

It currently hosts 2.5 hours of news-bulletins weekly with the exception of Saturdays and Sundays when news operations are closed. The station started broadcasting in HD on Dec 20, 2012. Coloradoans can watch the latest news and entertainment shows online. Here is the website: https://noticiasya.com/colorado