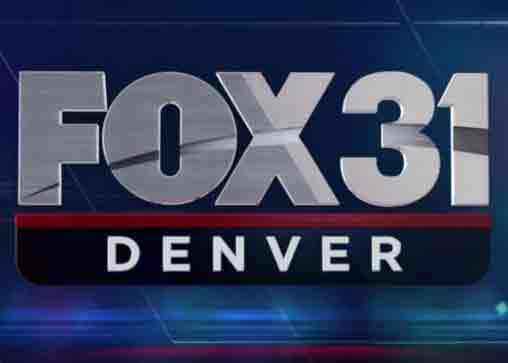 KDVR branded as FOX31 Denver is a Tribune Media Company station owned through its subsidiary Tribune Broadcasting Company. The Fox affiliated service present since Aug 1983 shares duopoly with KWGN, a CW affiliate. The two services are located under the same roof on East Speer Boulevard in Denver’s Speer neighborhood while the transmitter of the channel is installed on Lookout Mountain near Golden. CenturyLink and Comcast Xfinity are the cable carriers of the Fox affiliate.

Catchphrase: We Are Fox 31 | Your Questions Answered

KFCT serves as the fulltime broadcast relay station in Fort Collins with transmitter installed atop Horsetooth Mountain; the satellite covers whole of northern Colorado. The only full-power satellite in the market simulcasts the content of KDVR.

KDVR went on air on Aug 10, 1983 as Denver’s first commercial TV signing since the launch of KCNC in Dec 1953. The channel had its original studios maintained near 7th Avenue and Auraria Parkway under the ownership of a local group. The city had awaited long for an independent service to compete with the KWGN which had already established its roots in the market. The market was suitable for two services to compete in one of the most expansive markets in the country. The only unfilled allocations at that time were on UHF band as the four major commercial networks and their respective chains of translators were enough to bar potential owners from taking the challenge of building anything news.

The chances of a second independent in the market got strong when cable television entered the market in late 1970s. Around the same time the satellite TV providers introduced C-band service in the market reducing the amount of traditional transmitters. General entertainment programming including cartoons, drama series, religious content, sitcoms and classical movies were part of the initial programming. It became a Fox charter affiliate when KWGN skipped the network in 1986. It changed its branding to Fox 21 during the same time. The channel was acquired by Chase Broadcasting in 1990 while Chase later merger with Renaissance Broadcasting two years later in 1992. The translator KFCT hit the waves on Sep 1, 1994 in Fort Collins in order to cover the northern pockets of the market.

Under the Ownership of Fox Television Stations

On Nov 15, 1994, Renaissance transferred KDVR and satellite KFCT to Fox in exchange of KDAF.

On July 14, 2008, the station was sold to Local TV; the group had already purchased nine other channels the same year. Tribune after paying USD 2.75b formally took control of KDVR on Dec 27, 2013.

Nexstar Media Group on Dec 3, 2018 announced their intent to acquired Tribune; the deal is pending and expected to be finalized in the 3rd quarter of 2019.

It also produces 42.5 hours of local news-bulletins with 7.2 hours of weekdays and 2.5 hours of Weekend newscasts.