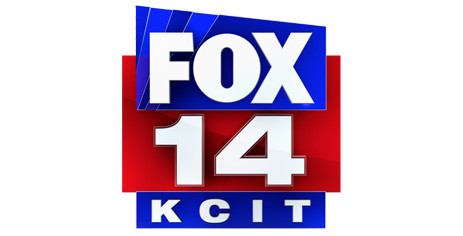 KCIT launched on Oct 24, 1982 is a Fox-linked television station owned by Mission Broadcasting and licensed to Amarillo. KCPN-LP affiliate with MyNetworkTV serves as a sister to KCIT. Nexstar Media Group is the operator of both the sister stations via joint sales and shared services agreement. KCIT shares its studios with KCPN and KAMR-TV on Southeast 11th Avenue and South Filmore Street in downtown Amarillo. The transmitters of KCIT and KAMR are also located at the same place on dumas Drive and Reclamation Plant Road in rural unincorporated Potter County. Suddenlink Communications broadcasts KCIT on channel 13 and channel 8 respectively in Amarillo and surrounding areas.

KJTV was launched on Oct 24, 1982 and without satellites it was the fourth commercial television station in the Amarillo market after KAMR, KGNC, KFDA and KVII established in 1950s. It was first commercial UHF station to enter the Amarillo area. It was owned and established by Ray Moran who acquired the construction permit for the service in March 1981. The channel aired dramas, westerns, sitcoms, feature films, cartoons and business news content (supplied by Financial News Network) as an independent. KCIT was released to Ralph C. Wilson Industries Inc. in Dec 1984. Under Wilson, who invested heavily in the station to construct a modern broadcasting facility, change the callsign to KCIT. It was also rebranded as TV-14 KCIT. The station relied heavily upon the commercials and businesses established in Amarillo.

On Oct 9 1986 KCIT signed an affiliation with Fox and was acquired by Wichita Falls-based Epic Broadcasting Corporation in Oct 1994. Epic then sold the channel to Mission Broadcasting on Jan 6, 1999 which in turn transferred it to KCPN and KCIT on June 1, 1999 to manage the channel under joint sales and SSA. Nexstar took control of the Quorum assets including KCIT on Dec 31, 2003.

The People’s court, Last Man Standing, Divorce Court, Judge Mathis and Mike & Molly are among the programs carried by KCIT. KAMR hosts 3.5 hours of locally produced newscasts with half-hour on Sat and Sun. Channel 14 News is the flagship 10pm news-bulletin of the service. You can watch news, weather and sports, community videos and more online. Follow the channel on Facebook, Twitter, YouTube and Instagram. Here is the website: https://www.myhighplains.com/