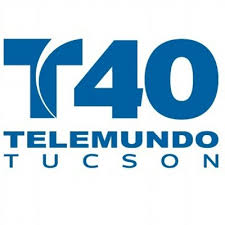 KHRR branded as Telemundo Tucson is an NBCUniversal-owned station O&O by Telemundo. NBC Owned Television Stations, a division of NBCUniversal in the direct owner of the Spanish language station in Tucson with its transmitter maintained atop Tucson Mountains.

The Virtual Ch 40 slot was originally occupied by KPOL, an English language independent commercial station that hit the waves on Jan 5, 1985. During the same time KDTU: later KTTU was launched however, the size of the Tucson was too small to support the newly upstart services hence resulted in the bankruptcy of KPOL which it filed for in a local court in 1988; the channel turned silent in 1989.

The still active license of the KPOL was bought by a Tucson businessman Jay Zucker in 1991 and the channel was relaunched as KHRR on Ch 40 with Telemundo-sourced programming. The channel remained under the ownership of Zucker until 1998 when it was released to The Apogee Companies; the new owner kept the Telemundo as its affiliate. In 2002 it transformed into a Telemundo O&O service alongside KDRX-CA. KDRX-CA (later KDPH-LP) and KHRR despite licensed to different cities supported each other as sibling stations and provided each other with news-bulletins and other programming. This continued until 2006 when following a service swap between Telemundo and Daystar, KDRX-CA was shifted to Daystar when it was reassigned calls letters; KDTP-CA.

As a part of restructuring plan: NBCU 2.0 which was introduced by the parent of the service, NBC Universal the news operations of the station were shifted to Telemundo news Headquarters in Dallas.

You can watch the service online. Here is the website: www.telemundoarizona.com