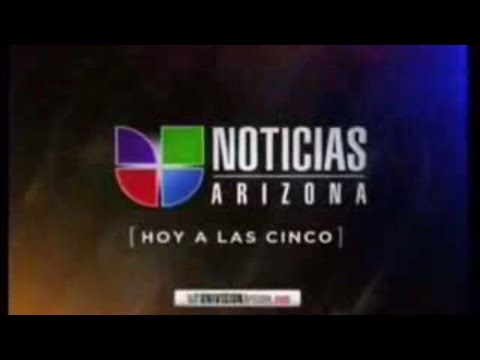 KUVE-DT owned by Univision Communications and launched on Jan 5, 2001 is a Spanish language broadcaster licensed to Green Valley. Owned by Univision Local Media, Virtual Ch 46 shares duopoly with KFTU-DT. The two sisters share the facilities on Forbes Boulevard in Tucson while the transmitter of KUVE is maintained atop Mount Bigelow.

Branded as Univision Arizona, the channel also operates a Tucson-based LP class A translator called KUVE-CD on Virtual Ch 42; the transmitter is maintained atop Tucson Mountains. The translator throws the signal into the metropolitan area guarded by Mount Lemmon. A second digital channel KFTU-DT with transmitter on Juniper Flats Road also serves northwest of Bisbee.

The semi-satellite of Phoenix-based KTVW-DT, the station broadcasts a lineup similar to that of KTVW-DT i.e. newscast Noticias 33. However, the broadcast facilities are entirely separate. MCR and most of internal operations of KFTU and KUVE are maintained at KTVW-DT studios on 30th Street in Southern Phoenix.

Sungilt Corporation on Oct 31, 1988 received a construction permit from FCC; the full service UHF Ch 46 would serve Green Valley and surrounding area. The channel for the first two years was identified by its application number: 83011KN however, the ID was replaced with calls KXGR in Sep 1990. After recording five construction expiries and two transmitter site changes, KXGR submitted an application for a license on Dec 1, 2000 and signed on as a Pax TV affiliate on Jan 5, 2001 subject to PTA. The transmitter failed on the very first day of signal testing and couldn’t return to airs until June 1, 2001. After 10 days of operations, the channel went silent but to avoid the threat of license cancellation, KXGR on Nov 28, 2001 updated Federal Communications Commission that they had resumed program testing; the service was then licensed on June 2, 2003.

After the resumption of signal in Jan 2002, Sungilt released the channel to Univision which held Low power service KUVE-LP, a translator of Phoenix-based KTVW-TV. FCC gave the green signal for the deal in Sep 2003 which closed in the November of the same year. Call letters were changed to KUVE-TV upon acquisition.

The Spanish language station can be watched online. Here is the website: UnivisionArizona.com