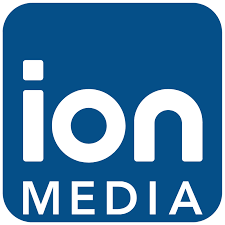 KILM Channel 64 operating in Los Angeles  is an Ion Media Networks station which it owns through its network Ion Life. It shares duopoly with San Bernardino-sister KPXN-TV. The studios of the channel are located on West Olive Avenue in Burbank while transmitter is maintained at Mt. Wilson.

KILM tracks its history back to 1987 when KVVT was launched for a Barstow license. At that it was only independent channel in Mojave Desert region to air local news. It associated with ABC in 1989 as the Mojave Desert was not getting a good reception from KABC-TV. The Channel 64 then changed its calls to KHIZ in 1992 and in the same year KABC augmented its signal strength in Mojave Desert and consequently KHIZ disaffiliated with ABC. Fast forward to 2000s and the channel would alter its format as well service area. Multicultural Broadcasting acquired Sunbelt Television, Inc. in 2007 and the station was reformatted to ethnic content as a result of the change in ownership.

A weekday morning news program Inland Empire Live (signifying its broadcasts in Inland Empire) used to air on KHIZ which it would receive via satellite from the Erie-based WSEE-TV in Pennsylvania. On Sep 1, 2012 under a local marketing agreement FilmOn took operational control and it was then renamed KILM; ‘ILM’ in the calls signified the FilmOn. It got separated with FilmOn on Nov 25, 2013 and replaced the content with paid programming. All sort of paid programming was dropped from the lineups on July 12, 2014 and was replaced with that of SonLife Broadcasting Network’ evangelic content. Another LMA surfaced with Punch TV surfaced on Aug 1, 2017 and it introduced the brokered programming at KILM.

The Inglewood station serving Los Angeles on June 1, 2018 started channel sharing with KPXN-TV, an ION O&O operated station. As the Ch 30 couldn’t have the adequate signal strength required to reach Barstow, KILM changed its licensing to Inglewood. A  couple of weeks later, ION Media Networks announced to purchase the asset for a USD 10m as a part of bigger campaign to buy it channel sharers across US. Multicultural Broadcasting during the transition period of sale revoked the LMA with Punch TV in the beginning of Aug 2018 and started carrying full-fledged paid programming from Corner Store TV. The deal concluded on Sep 17, 2018 with ION immediately taking over the newly acquired station and shifting it on the space of KPXN-DT3.