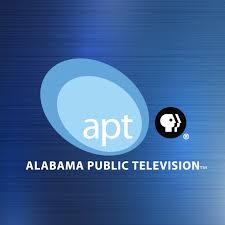 Alabama Public Television: APT owned by Alabama Educational Television Commission (AETC) is a PBS state network affiliate of Public Broadcasting Service and therefore keeps the licenses for all the PBS member stations in Alabama. The network it lead is a chain of nine channels that covers almost the whole state of Alabama as well as some areas of Tennessee, Georgia, Mississippi and Florida. WIDQ is the home of public affairs programming, online educational programs, documentaries, teacher development programs and others. APT is headquartered in Birmingham while the studios and offices lie adjacent to Patterson Field in the state capital of Montgomery. A mini studio is also maintained in the basement of Alabama State House while another one is located in Washington D.C. Alabama Educational Television Commission also owns a public radio, WLRH 89.3 FM in Huntsville.

Watch Alabama Public Television Birmingham, Alabama stream to get teh educational programs sponsored by the APTV. Wait as the stream loads.

Upon the creation of Alabama Educational Television Commission in 1953, the state was one the earliest to introduce educational television broadcasting. The commission then planned to carry the four stations which would air same programming produced by a primary studio in Birmingham.

It signed on air on Jan 7, 1955 as WEDM in Munford as ninth educational TV in United States. Its transmitter operated from Cheaha Mountain. Upon the launch of WBIQ in April 1955, Alabama became the maiden station in US to have an educational television network. Since the inception of network, 25 other states in the country have followed the state and launched their educational TV networks modeled on that Alabama’s. It changed its name to Alabama’s Public Television Network in 1960s before assuming a more concise Alabama Public Television in 1988. In Aug 1956 Andalusia based WAIQ was launched to serve south Alabama but was allocated to Montgomery in Dec 1962.

Huntsville would get WAAY-TV 25 in 1962 following the issuance of a construction permit; the channel never came online and was renamed to WHIQ in 1965. The WAIQ (Ch 14) in Andalusia was the first channel to have digital signal in 2003 but it would move to Ch 27 when Montgomery based WSFA singed on its digital signal. Mobile-based commercial channel WALA-TV, donated its Spanish Fort transmitter to network in 1964 consequently expanding the reach of APT to Alabama’s Gulf Coast Counties in the November that year. The ERP of the transmitter of WEIQ was increased in 80s. Huntsville public radio WLRH was launched in 1977.

WDIQ for more than 25 years has produced a public affairs program, ‘For the Record’ that would cover news and politics across Alabama the classic program which also won the Best Local News Program was replaced with Capitol Journal in 2008 which is now produced from Montgomery studio. APT HD was launched in 2005 followed by a launch of digital how-to station in Dec 2006. Another digital channel APT IQ was launched in March 2007 but was later rebranded as APT World in Oct 2012; it offers news and documentary programs. PBS Kids and Huntsville ETV were launched in 2017.

Alabama Public Television identifying itself as an educational television and aims to provide students statewide an opportunity to learn what they want. Providing people with one the basic right i.e. education is the main focus of APT. The station is available online with a lot of stuff for students, adult learners and parents with videos & resources and other teaching aids. Then there are opportunities, contests and unique initiatives to support teachers and students. The content offered is mainly educational, but national and international news, public affairs programming, interviews, documentaries, entertainment programming and features are also broadcasted. Here are some the programs listed.