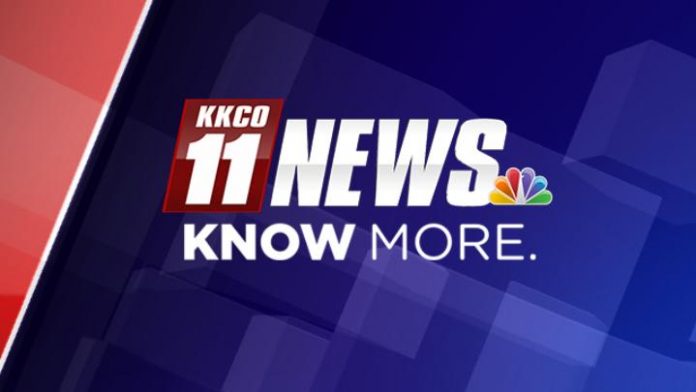 KKCO 11 News or KKCO-TV is an NBC affiliate broadcasting in Western Slope region. Established since April 1996, the channel is originally licensed to Grand Junction and is owned by Gray Television. KJCT-LP, an LP ABC affiliate is the sister of the station. Its studios which it shares with KJCT are located on Blichmann Avenue in Grand Junction while transmitter is installed at the Black Ridge electronic site at the Colorado National Monument.

KKCO went on air on May 5, 1996 as an NBC affiliate which was previously cleared by KREX-TV and other Denver stations: KUSA and KCNC. However, under the ownership of Eagle III Broadcasting L.L.C the channel became an exclusive affiliate of NBC; Eagle retained the ownership from its launch until 2005.

In a short period of time KKCO started to beat out the long-standing KREX and KJCT nexus with its effective newscasts that gained #1 rank in the market. Its second digital sub-channel became a new affiliate of The CW Television Network in Sep 2006. However, it left CW when KJCT got linked with the network in late 2008. It completed its digital transition on Feb 17, 2009.

Presently, the channels hosts 24 hours of locally produced news-bulletins with 4.5 hrs on weekdays and 2 hours on weekends. Local news, no wait weather updates, community events and stories, features and contests. Follow the station on Facebook and Twitter. Here is the website: www.nbc11news.com/