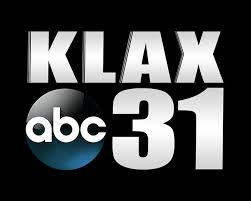 KLAX-TV owned by Cox Media Group is an ABC station broadcasting in Alexandria, Louisiana. KWCE-LP is a sister of the channel affiliated with MeTV. The duo has studios located on England Drive/LA 498 in Alexandria with transmitter set up in the Kisatchie National Forest southwest of Dry Prong. Suddenlink carries the HD on cable.

Slogan: News that Works for You

The work for the launch of KLAX began in 1979 under the ownership of Jim Richards who also held KSYL radio through Cypress Communications. The channel was intended to hit the waves in 1981 as an original ABC affiliate but due to numerous delays and unviability of the equipment, ABC couldn’t sign with KLAX when it finally launched on March 3, 1983 as an independent station initially carrying a mix of syndicated content, limited news and movies.

The station became an ABC affiliate when it aired Monday Night Football on Sep 23, 1985. The financial crisis forced Cypress Communications to release KLAX in 1986 but the deal fell through with Rollins Inc. and the owners filed for Chapter 11 bankruptcy protection in May 1987; the channel on June 3, 1998 was purchased by Pollack/Belz Broadcasting.

It became a default ABC affiliate in Monroe carried by most of the cable companies and branded as Louisiana’s Superstation. The station also had a secondary affinition with United Paramount Network from 1995 to 2000. HD broadcasts were introduced in 2012 and it took MeTV affiliation. Lost Coast Broadcasting purchased KLAX on April 6, 2018; the deal consummated on Aug 31, 2018 after the approval of Federal Communications Commission.