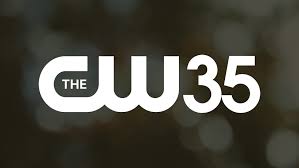 KMYS owned by Deerfield Media is a CW affiliate broadcasting in San Antonio, TX. Launched on Aug 29, 1984, the channel is operated by Sinclair Broadcast Group under SSA and JSA making a duopoly with WOAI and KABB affiliated with NBC and Fox respectively. The trio have studios located between Babcock Road and Sovereign Drive in northwest San Antonio and the transmitter is installed in rural southeastern Bandera County. Grande Communications AT&T U-verse and Charter Spectrum are eh cable carriers of the service.

KMYS was established by TVX Broadcast Group and operated form studios located in Loop 410 near Ingram Park Mall, on the northwest side of the San Antonio. The channel became a charter affiliate of the upstart network Fox when it launched on Oct 5, 1986. It then became a UPN affiliate when Paramount Stations Group acquired the stake in TVX in two spells first in 1989 and then in 1991.

KRRT became a charter UPN affiliate on Jan 16, 1995 and later that year went into the ownership of Jet Broadcasting which entered into a LMA with River City. It would become a WB affiliate on Jan 25, 1998 and was branded as San Antonio WB. After the formation on The CW and launch of MyNetworkTV by News Corporation it got linked with the newly launched network and changed its calls to KMYS on June 19, 2006.

Sinclair Broadcast Group changed the affiliation of the channel to CW on Aug 30, 2010 and consequently MyNetwork TV affiliation moved to KCWX. Sinclair on July 19, 2012 announced the sale of KMYS to Deerfield Media; the deal consummated on Dec 3, 2012. It converted to digital mode of transmission on Feb 17, 2009. Syndicated programs produced by the channel include The Wendy Williams Show, Jerry Springer, TMZ on TV, The People’s Court and Maury.