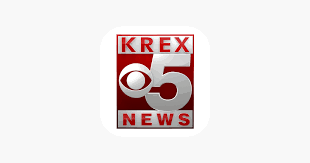 KREX 5 News launched on May 22, 1954 and owned by Nexstar Media Group is a CBS affiliate serving Grand Junction area and Western Slope region in Colorado. An LP station KGJT-CD affiliated with MyNetworkTV is the sister of the channel. The owner Nexstar also operates KFQX, affiliated with Fox under a shared services agreement: SSA; Mission Broadcasting is the original owner of the station. The three siblings are located under one roof on Hillcrest Avenue in Grand Junction.

KREX signed on air as KFXJ-TV on May 22, 1954; it was owned by Rex Howell, a famed name in the Colorado’s broadcasting scene. Howell had founded KFXJ 920 AM in Edgewater in 1926 which in a small span of time established its position among the leading radio stations in the Denver; however, it lost its affiliation with CBS radio to KLZ. After that the radio service was relocated to Grand Junction in 1931 where it was rechristened as Western Slope’s maiden radio station. Howell intrigued by the beginning of TV, early wanted to step into the television broadcasting and eventually made it clear with the launch of sister television service in 1954.

The original studio families of the Ch 5 were located on Hillcrest Manor, the highest populated pocket in the city. Despite being a primary CBS affiliate, the channel carried programming of all four networks before the eventual shutdown of DuMont in 1956. It was also linked with NTA Film Network for a brief stint.

KFXJ was renamed as KREY-TV in 1965 shortly after the launch of KREZ. Howell transferred his three station network to a Cincinnati businessman in 1966 but due to deferred and missing payments regained the control of its assets in 1969; he would run the stations until his death in 1978. His Heirs put all of his broadcasting assets on sale; Ch 5 and its repeaters came under the ownership of Russell Withers who would then sell it to Hoak Media in 2003. For almost 25 years, KREX-TV enjoyed the status-quo with no competition however, it would change with the ad advent of cable carriers in Denver. In 1979 KJCT hit the waves to take its share in the market. Upon its launch it became an ABC affiliate and left NBC and CBS for KREX. The service then lost its NBC affiliation to KKCO inn 1996. It also carried some Fox-produced content during its off-hours in 90s.

Satellite: KREY-TV is the satellite of the station in Montrose, CO and works with a chain of six repeaters to throw its signal into Uncompahgre Valley and San Miguel Mountain areas.

Before the launch of KKCO, the channel was a new leader in the market as it faced no competition however, situation has changed for the last 10 years or so as it seconds KKCO in its local news operations. It also provides content to its siblings KGJT and KFQX for simulcasting. Watch KREX-TV online with latest local news, weather and sports updates, community events, contests and more. Stay connected with the station on Facebook, Instagram, Twitter and other social media platforms. Here is the website:www.westernslopenow.com