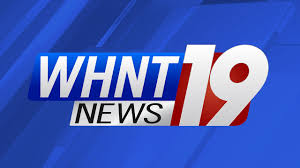 WHNT branded as WHNT News 19 is a station operating in Huntsville, Alabama and is affiliated with CBS. Owned by Tribune Broadcasting, the station serves North Alabama’s Tennessee Valley. Monte Sano serves as the transmitter site of the station with studios on Holmes Avenue Northwest in downtown Huntsville. WHNT at present also has news bureaus in Decatur, Shoals and Sand Mountain. It broadcasts on UHF Ch 19.

WHNT commenced its operation on Nov 28, 1963 on the occasion of Thanksgiving Day and was the maiden station to be launched after the assassination of Kennedy. Since its inception and to date the channel has maintained its identity as a CBS affiliate, being the only in Huntsville to do so.

The New York Times Company in 1980 assumed the ownership of the channel which would then run it for over a quarter century. The station moved to its present facilities in downtown Huntsville in 1987 under the ownership of New York Times. Monte Sano mountain providing the highest elevation point serves as the transmitter site. It is the only major station to use the specialized broadcasting facility in Huntsville. The other stations including WZDX, WAAY and WAFF operate from formerly office building, gas station and jewelry store respectively. It in 2003 allowed its competitors in the market WZDX and WAAY to use its transmitter tower following the collapse of their site which also resulted in killing of three of their men.

On Jan 4, 2007, The New York Times Company sold the station to Local TV which in turn was owned by Oak Hill Capital Partners; the deal closed on May 7, 2007. Tribune Company on Dec 27, 2013 completed the acquisition of the channel and other Local TV stations for USD 2.75 billion following a deal which started on July 1, 2013

On Dec, 2018, Nexstar Media Group announced its acquisition of Tribune Media holdings for a transfer fee of USD 6.4 billion in Cash and debt. Nexstar which owns WZDX and WHDF since Dec 2014 and Nov 2018 can’t purchase WHNT outright because of the Federal Communications Commission rule which prohibit the common ownership for more than two channels in the same market.

WHNT broadcasts local (from Decatur, Shoals, Athens and Huntsville), national and international news, weather and sports programming, community events, featured content and more. It currently broadcasts all of CBS programming except for the Saturday edition of CBS This Morning which is broadcasted on WHNT-DT2. The Syndicated content includes Rachel Ray, The Ellen DeGeneres Sow, Access and Inside Edition and others. Here are some of programs produced by CBS affiliate.