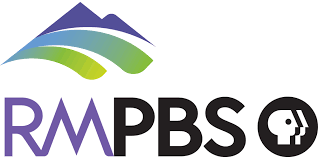 KRMA-TV, the flagship station of PBS network branded as Rocky Mountain PBS is a Public Broadcasting Service affiliate operating in Colorado. Rocky Mountain Public Media, Inc. is a not-for-profit organization that operates the station. KRMZ, KRMA-TV, KRU, KTSC and KRMJ make the network of full-power channels statewide. Apart from this chain of five stations serving in Pueblo/Colorado Springs, Steamboat Springs, Grand Junction and Durango, the network also holds 60 translators to cover the far located and shielded areas of New Mexico, Montana, Wyoming and Nebraska. The transmitter of the KRMA-TV is installed atop Mt. Morrison in Golden, Co.

The studios of the Rocky Mountain PBS are maintained on Bannock Street and West 11th Avenue in downtown Denver. KTSC and KRMJ have their own separate studio facilities. KTSC broadcasts from Colorado State University, Pueblo Campus while KRMJ is stationed at Colorado Mesa University in Grand Junction. The network also manages NPR and KUVO 89.3 FM in Denver which joined it in Jan 2013.

KRMA-TV went on air under the ownership of Denver Public Schools on Jan 30, 1956. The oldest public television in the Rocky Mountains at it onset would broadcast educational programming. It was original broadcast location was in a converted body shop at the Emily Griffith Opportunity School. Before getting affiliated with PBS in Oct 1970, KRMA was linked with NET: National Educational Television.

A construction permit was granted by FCC in Aug 1995 and KRMJ was launched on Jan 1, 1997. KTSC went on air in 1999 followed by KRMU-TV on Dec 3, 2004 in Durango. This was followed by the launch of KMAS-TV on Feb 2, 2007 in Steamboat Springs the channel changed its calls and was registered as KRMZ on Sep 4, 2007 signifying its relation with Rock Mountain area.

The local programs produced by the network include Arts District, Colorado Experience, Weekly Colorado State of Mind and local documentaries such as Jewel of The Rockies, Urban Rez, La Raza de Colorado and others. KTSC and KRMJ on certain occasions divert form the original KRMA programming to serve their respective local communities. You can watch the educational service online and follow it on Facebook, Twitter and YouTube. Here is the website: www.rmpbs.org