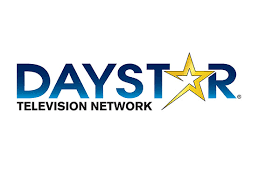 KRMT-TV is a Daystar channel licensed to Denver, Co and operating since Aug 1988. Owned by Community Television Educators, Inc., a subsidiary of Word of God Fellowship, Inc. which hold the Daystar Television Network, CH 41 has offices maintained on West 64th Avenue in Arvada with transmitter located on Mount Lindo in rural southwestern Jefferson County.

KWBI-TV hit the waves on Aug 20, 1988 under the ownership of founder Colorado Christian University. It would operate as a non-affiliated religious service. The service was transferred to Faith Bible Chapel International in 1993 and calls were changed to KRMT under the new ministry ownership on Jan 10, 1994. In 1997 the service was released by the Chapel to Daystar in 1997. It dropped its analog signal in favor of digital on June 12, 2009 in a US wide mass digital transition campaign.

You can watch the news, religious and educational programming service online and may also connect with it using Facebook and Twitter. Here is the website: www.daystar.com