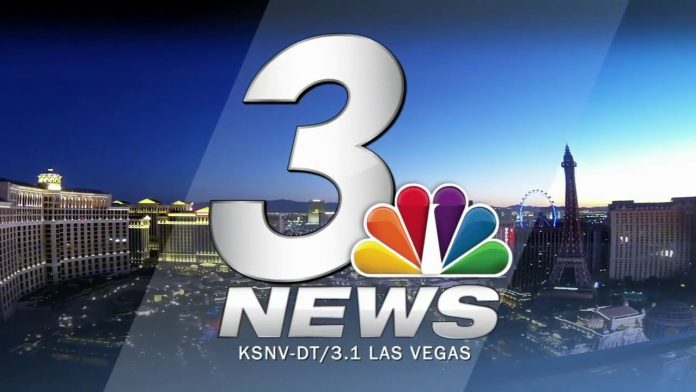 KSNV News 3 is a Las Vegas-based NBC affiliate owned by Sinclair Broadcast Group which also owns KVCW (affiliated with CW). The sisters are stationed on Foremaster Lane in Las Vegas and transmitter is installed at Black Mountain.

KNSV under the ownership of Southwestern Publishing Company went on air as KLRJ-TV on Jan 23, 1955 and had original licensing to Henderson. The company would also own Las Vegas Review-Journal and a KORK 920 AM radio station. The call sign was then changed to KORK-TV in Sep 1955 and studios were relocated to Las Vegas. The channel has always been an NBC affiliate however, it was linked with NTA Film Network in later 50’s for a short spell of time. Las Vegas Journal and KORK stations were purchased by Donrey Media Group in 1960. In 1979 it incorporated the calls: KVBC reflecting the changed in ownership.

The coverage of Blast at the Pacific Engineering and Production Company (PEPCON) in May 1988 was a watershed event in the history of the channel. The transmitter of the channel was just installed above the blast site, feeling the explosion it went off air for a couple of minutes but returned on air as the only local station to provide breaking news and live coverage. CBS later that year aired 48 Hours in Las Vegas, a feature which showed the dark side of Sin City occupied by gamblers and criminals. Responding to the work of CBS, KVBC gave its hour-log documentary titled Las Vegas, Beyond 48 Hours to show the other bright side of the city and its people. It was the first channel to cover The Mirage volcano eruption.

Under the ownership of Valley Broadcasting Company, a subsidiary of Sunbelt Communications Company, the channel applied for calls change on June 18, 2010. KSNV-DT were the news calls granted by Federal Communications Commission on July 9, 2010.

Intermountain West Communications on Sep 3, 2014 officially announced that it was selling their asset to Sinclair for USD 120m.