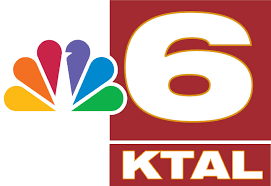 KTAL-TV launched on Aug 16, 1953 is an NBC affiliate broadcasting in Shreveport, Louisiana. Owned by Nexstar Media Gorup, which also operates KSHV and KMSS under separate SSAs, the channel shares its studios with the two Marshall Broadcasting Group assets on North Market Street and Deer Park Road in northeast Shreveport. It also has a secondary studio on Summerhill Road in Texarkana, TX with transmitter installed in rural northern Caddo Parish, Louisiana. Comcast Xfinity, Suddenlink and Cable One are the cable carriers of the service.

Slogan: I’ve Got My Local On | Local News That Matters | Your Weather Authority

KCMC Inc., a subsidiary of the Camden News Publishing Company on May 2, 1951 contacted FCC for a construction permit to run a commercial television station on VHF Ch 6. On Feb 5, 1953 the permit was bagged by Palmer/Hussman-led company against the calls KCMC. The station went on air on Aug 16, 1953 as the first television service in Shreveport-Texarkana while licensed to Texarkana. KCMC’s studios were originally located at Summerhill Road and College Drive in northwestern Texarkana. The transmitter power of the channel was boosted to 100,000 watts in May 1954. It parted ways with DuMont in Aug 1956 but remained a primary CBS affiliate while also carrying NBC and ABC as secondary networks.

It became KTAL on May 1, 1961 and turned into a primary NBC affiliate in March 1961 as it took over KTBS as Shreveport’s exclusive affiliate of the network. Palmer Newspapers changed its name to WEHCO Media, Inc. in 1975. The channel was released by WEHCO Media to Nexstar Broadcasting Group in Sep 11, 2000 following the approval of Federal Communications Commission. KTAL-DT2, KTAL-DT3 and KTAL-DT4 are the digital sub-channels of the service. The station converted into a digital service on June 12, 2009.

Syndicated programs broadcasted by the NBC affiliate include The 700 Club, Judge Judy, Wheel of Fortune and Rachael Ray. It presently hosts 22 hours of locally produced news-bulletins with 4 hours each weekday and 1 hour each on Sat and Sun. KTAL additionally offers 16 hours of local news for KMSS linked with Fox. A secondary studio of the channel is located at the Central Mall in downtown Texarkana. You can watch the station online and follow it on Facebook, Twitter and YouTube. Here is the website: https://www.arklatexhomepage.com/