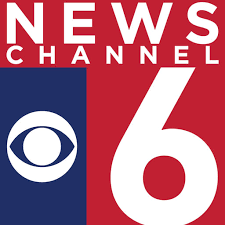 KAUZ owned by American Spirit Media and launched on March 1, 1953 is a dual CBS/CW+ affiliate broadcasting in Wichita Falls-Lawton market. The Western Texoma channel was is a sister to KSWO which it operates under SSA. The studios and transmitter of the channel are located near Seymour Highway and West Wenonah Boulevard in Western Wichita Falls. K29FR-D is the translator of the channel operating in Quanah, TX. Fidelity Communication and Charter Spectrum are the cable carriers of the television.

The Ch 6 slot was contested by two groups while both already owned radio assets in the market. Texoma Broadcasting Co. initially applied for a construction permit on July 11, 1952. A separate application was filed by Rowley-Brown Broadcasting on July 18, 1952 to get the coveted channel 6 location. Federal Communications Commission eventually gave the decision in the favor of Rowley-Brown on Jan 6, 1953 for the calls KWFT-TV.

The channel went on air on March 1, 1953 as the maiden TV in Wichita Falls-Lawton area. It since its inception has been a CBS primary affiliate but also shared DuMont and NTA Film Network content during its initial days. The calls were first changed under the ownership of Sydney A. Grayson and Nat Levine-led consortium in Jan 1956 when it became KSYD-TV. Mid-New York Broadcasting on Dec 1, 1962 became the new owner of the channel. It changed its callsign to July 31, 1963 to the current identity: KAUZ.

In Feb 1966, the station became the maiden service in Wichita Falls to offer colored local news broadcasts. Bass Brothers Telecasters became the new owner of KAUZ on April 12, 1968. It was then acquired by Wichita Falls Telecasters II on Sep 19, 1974 which in turn released it to Adams Communications on July 22, 1983; the deal consummated on Jan 5, 1984 after the approval of FCC.

There were more ownership changes in early 90s and early 2000s. Gray Television on Dec 20, 2018 purchased the KAUZ; the deal consummated on Jan 2, 2019 following the approval of FCC. KAUZ-DT2 is the digital sub-channel of the station. Family Feud, Wheel of Fortune, The Dr. Oz Show, Blue Bloods and Jeopardy are the syndicated shows broadcasted by the KAUZ. It presently broadcasts 23 hours of local news-bulletins, with 4 hours on weekdays and 1.5 hours on each Sat and Sun. Audiences can watch news, weather and sports updates online with contests and community news. Follow Channel 6 on Facebook and Twitter. Here is the website: https://www.newschannel6now.com/