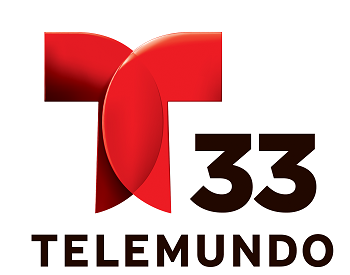 Watch KTAZ live stream from Pheonix, Arizona for the latest news in Spanish language. Wait as the stream loads.

FCC in 1986 approved a commercial allotment in Holbrook for VHF Ch 11 in Holbrook. The allotment for the soon-to-be-launched service remained unoccupied until April 1996 when LLC applied for a construction permit which was approved by Federal Communications Commission on Jan 23, 1998; KBCZ were the requested calls from the Limited Liability Company. The station was then placed on Sale to Venture Technologies Group, LLC in Nov; the deal completed in December 2000. Under the new ownership the calls were changed to KPHZ. Venture then filed for the relaxation of Main Studio rule to take get their new asset out of the city (Phoenix) which was already a home to KPSW-LP and KPHZ-LP. KPHZ went on air on Jan 12, 2001 as an ACN: America’s Collectibles Network (now Jewelry Television), a home shopping station. Though the station was successful in acquisition of the license on Dec 5, 2001, yet it ceased to earn profits which resulted in its sale to NBC which completed on Sep 26, 2002. It was second full-power broadcaster in Arizona after Tucson-based KHRR however, it continued to broadcast America’s Collectibles Network until July 2003 when it got linked with Telemundo.

NBCUniversal in 2004 realized that sparsely populated town of Holbrook was contributing to the financial losses of KPHZ while its Low-power service KDRX-CA was also at no par with Univision’s full-power KTVW-TV in Phoneix.

NBCUniversal found the solution to problem by entering a license swap agreement with Daystar Television Network which would see KPHZ enter Phoenix while Daystar-owned KDTP moving to Holbrook o Ch 11; KPHZ’s news position would Ch 39. Univision strongly opposed the decision to remove a non-commercial allocation from a market; it objected the moved in Oct 2005; however, Federal Communications despite hesitation granted the permission for swap in April 2006 citing that it would encourage competition in the Spanish-language television market of Phoenix.

Digital Transition: KTAZ officially occupied the Ch 39 slot on May 27, 2006. The analog to digital transition was completed on June 2009.

News Operations: KTAZ premiered its news operations with its maiden news-cast in Oct 1997. It also supplies KHRR with news and weather updates.