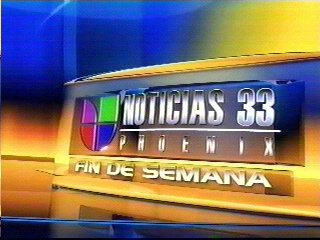 KTVW-DT branded as Univision Arizona is an Univision O&O Spanish language station serving Phoenix. Under the ownership of Univision Communications, the channel shared duopoly with Flagstaff-based KFPH-DT which is held by UniMás. The two sister share offices on 30th Street in Southern Phoenix with transmitter being installed atop South Mountain.

KDOS-LD and KTVW-CD in Globe and Flagstaff respectively are the LP broadcast relay facilities operating on UHF Ch 29 and UHF digital Ch 27. It is also carried via second sub-channel of KFPH which has its transmitter atop Mormon Mountain. The satellites cleared all of KTVW’s programming with the exception of thee-hours of overnight programs during Monday Mornings. Additionally KUVE-CD and KUVE-DT in Tucson and Green Valley are the semi-satellites of the station.

KTVW on Sep 15, 1977 acquired the construction permit for the channel and filed for the licensing two years later on Sep 4, 1979. It hit the waves on Sep2, 1979 as Arizona’s maiden Spanish language station. Since its inception the channel has been owned and operated by the same company which founded it and spun off to Univision in 1987. The calls assigned to the service were previously used by Tacoma-based Ch 13. It was the only full-power Spanish language service to operate across Phoenix Metropolitan area until the premier of Telemundo asset KTAZ in July 2006. The channel has so far consolidated its place as a head start service. It also runs UniMás owned KFPH-CD in Flagstaff to earn it the must-carry status on satellite services including Dish Network and DirecTV. KTVW transited from analog to digital service on June 12, 2009. It presently broadcasts 10 hour of local news-bulletins per week. Working without weather presenters and reporters, the segments are helped by its LA sibling KMEX-DT. The locally produced newscasts are highly rated in both Spanish and English categories in the market.