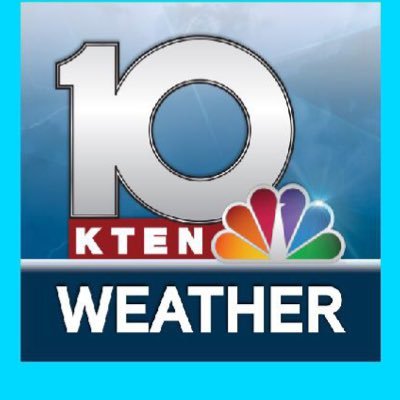 KTEN owned by Lockwood Broadcast Group is a joint NBC, CW+ and ABC affiliate launched on June 1, 1954 and operating in Ada, Oklahoma, US while also serving Ada-Sherman television market. Its primary studios are located on High Point Circle in northwestern Denison, TX with secondary facility located at the Ardmore Energy Center on Merrick Drive in northwestern Ardmore. Ch 10 has its transmitter located along State Highway 7 in rural northeastern Johnston County, Oklahoma.

Read More
Slogan: No One Gets You Closer

KETN dates backs its establishment to 1952 when Eastern Oklahoma Television Inc. applied for a license to operate a television station on VHF Ch 12. However due to interference issues an allocation of the channel 12 to another location: Waco, TX, Eastern Oklahoma settled on KTEN and Ch 10 slot. KTEN signed on air on June 1, 1954 as the maiden television station in Ada-Sherman market form a studio facilities originally located on Arlington Street in Ada. It was then a primary ABC affiliate which also aired NBC’s content as its secondary affiliate.

When KXII dropped NBC and became an exclusive CBS affiliate in 1977, KTEN started broadcasting NBC programs as its primary affiliate while truncating ABC’s content and went into secondary affiliation with the latter. Eastern Oklahoma on Feb 3, 1985, released the channel to a group of investors led by Durant-based businessman Tom Johnson; the sale however, dragged for three years and completed on Nov 16, 1988. The studios were changed to Katy Depot in downtown Denison. ON March 23, 1998, the channel was acquired by Lockwood Broadcast Group for USD 15.125m. Under Lockwood it dropped ABC’s affiliation and became a Fox affiliate in Sep 1998.

Judge Judy, The Dr. Oz Show, Wheel of Fortune, The Doctors, Last Call with Carson Daly and Day of Our Lives are the syndicated programs aired by KTEN. It presently broadcasts 25 hours of local news-bulletins each week with 5 hours on weekdays and 1 hour each on Sat and Sun. You can watch KTEN online for latest news videos, weather and sports updates, features and lifestyle programs. Find the station on Facebook, Twitter and YouTube. Here is the website: http://www.kten.com/