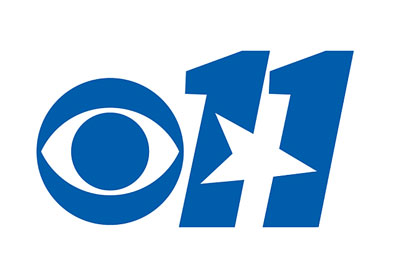 KTVT owned by CBS Corporation and launched on Sep 11, 1955 is a Fort Worth, Texas station O&O by CBS through its subsidiary CBS Television Stations. It shares duopoly with KTXA which also is a Fort Worth channel. The duo has studios and offices located on Bridge Street, east of downtown Fort Worth. KTVT also manages a secondary studio and newsroom and a Dallas Bureau on North Central Expressway and Coit Road in Dallas. The transmitter is fixed on Tar Road in Cedar Hill.

Slogan: The Ones for Texas

Channel 11 went on air as KFJZ on Sep 11, 1955 as first independent service in Texas and the fourth to become the part of Dallas-Fort Worth Metroplex. It at the beginning would broadcast 9.5 hours of programing per day from its studio located at 4801 West Freeway in Fort Worth. The station relocated its transmitter in 1957 to a tower at the antenna farm in Cedar Hill. It during 1950s was briefly associated with NTA Film Network. NAFI Telecasting Corporation became the new owner of the Ch 11 in May 1960 for USD 4m. NAFI changed the calls to KTVT after the deal consummated on year later. Oklahoma Publishing Company acquired the NAFI Telecasting asset on Feb 23, 1962 and placed it under its subsidiary WKY Television System. It started broadcasting colored content in July 1966. On Sep 14, 1994 KTVT became a CBS affiliate under the ownership of Gaylord which acquired the service in 1993. The business operations of the channel 11 were changed to 12001 North Central Expressway.

Syndicated programming offered by the channel incudes Wheel of Fortune, Dr. Phil, Celebrity Page, Jeopardy and The Doctors. KTVT currently airs 32.5 hours of locally produced news-bulletins weekly with 5.2 hours on weekdays and 2.5 hours on Sat and Sun. The Blitz: The Dallas Cowboys Reports is the sports program produced on Sunday nights after 10pm newscast. Steve Pickett is the well-known reporter of the Ch 11. You can watch the latest news, sports updates, weather reports, videos, contests and more online. Find the station on Facebook, Twitter, Instagram and YouTube. Here is the website: https://dfw.cbslocal.com/