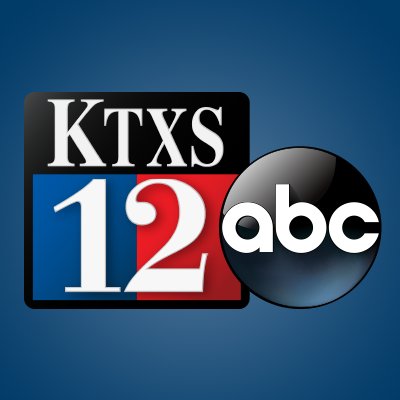 KTXS-TV launched on Jan 30, 1956 is an ABC affiliate broadcasting in Texas and licensed to Sweetwater. The Sinclair owned station serves as a sister to KTES-LD with its studios located on North Clack Street in Abilene and transmitter installed near Trent, Texas. The signal of the channel is relayed on LP satellite in San Angelo via KTXE-LD which operates form a transmitter installed on West 26th Street in San Angelo.


Read More
Slogan: Getting the Facts Right
Alerting You to Weather Danger

KPAR-TV went on air on Jan 30, 1956 and was owned by West Texas Television Network which also owned CBS-linked KUDB-TV based in Lubbock. KUDB was a secondary ABC affiliate. It was for a short period of time also linked with NTA Film Network in late 50s. Original studios of the KTXS were located on the eastern edge of Sweetwater. West Texas Television Network was acquired by Grayson Enterprises in 1961. It opened a satellite studio in Abilene in early 1960s. and soon became operational. KPAR relocated most of its operations to a new studio facility in North Abilene and the callsign was changed to KTXS. Unable to renew the license four times between 1968 and 1971, the channel constantly struggled with its existence. As a result, following several hearings at Federal Communications Commission both KLBK and KTXS were released to Prima, Inc.

Under the new ownership, it parted ways with CBS and became a fulltime ABC affiliate after the launch of KTAB-TV. The station was acquired by Catclaw Communications in 1983 selling it to Southwest Multimedia in 1985 which in turn transferred it to Lamco Communications in 1986. Lamco released KTXS and four others to Bluestone Television in 2004. KTXS began to air The CW on digital subchannel 12.2 in Sep 2006. From Bluestone Television the channel moved into the hands of Bonten Media Group on May 31, 2007. KTXS was purchased by Sinclair Broadcast Group on Sep 1, 2017. It made digital transition on June 12, 2009. The coverage area of the KTXS includes 16 countries in West Central Texas while via KTXE-LD it serves the area of Tom Green, Concho, Coke and McCulloch in San Angelo market.

It currently broadcasts 17 hours of locally produced news-bulletins with 3 hours on Sat and Sun. KTXS started offering newscasts in HD on Aug 10, 2011 with improved graphics. The Syndicated programming offered by the channel includes The Dr. Oz Show, Texas country Reporter, The Ellen DeGeneres Show and Extra. Here is the website: https://ktxs.com/